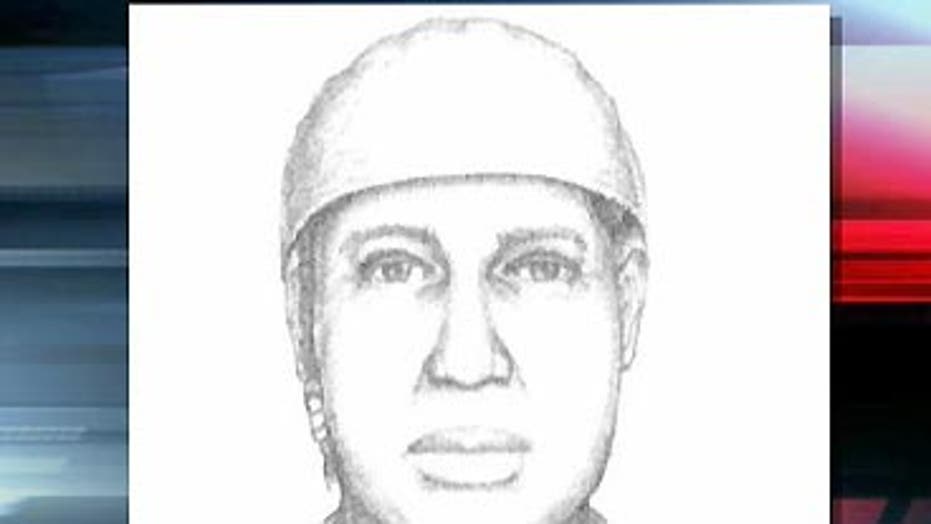 Ten years to the day five women were fatally shot during a botched robbery at a suburban Chicago Lane Bryant clothing store, police on Friday released an updated sketch of the braided-hair suspect.

Police say the suspect herded the victims into the back of a store in Tinley Park on Feb. 2, 2008, gagged them with tape and then shot them execution-style. A sixth woman survived after pretending to be dead after a bullet grazed her neck. The killer claimed he was a delivery man.

Police released an original sketch of the suspect in 2008 based on the survivor’s description of the killer. The updated image, in 3-D, is based on that sketch and according to the Tinley Park Police Department “utilizes the latest in facial identification technology to provide a more life-like representation of the suspect.”

Police have released a new, 3-D image of the man suspected of fatally shooting five women at a Lane Bryant store 10 years ago in suburban Chicago. (Village of Tinley Park Police Department)

“We hope this enhanced version will lead to the identification of the suspect in this horrible crime,” Tinley Park Police Chief Steve Neubauer said.

“I will admit that even when I’m on vacation and I’m out of state, I'm always looking at people, trying to evaluate how would they fit into my case here, is there a possibility? Whether I’m in Florida, Colorado, in Michigan, anywhere that I would be, this case follows me,” Detective Ray Violetto told the station. He remains assigned to the case full-time.

Snippets of the killer’s voice can be heard on a 911 call still posted on the Village of Tinley Park website.

"You're lucky,” the killer is heard saying. “I'm losing it."

Rhoda McFarland, 42, the store manager, is heard whispering to the 911 operator “hurry” just before she was killed. She made the call from her cellphone.

“She wasn’t going to go out that store without those ladies,” her brother Maurice Hamilton told WLS-TV in a report that aired Thursday. “She would have put her own life on the line, like she did. That was the type of person she was.”

Hamilton said he thinks about what happened every day.

“Go to sleep with it, wake up with it. It’s part of my life,” he told the station.

The other four victims were Carrie Chiuso, 33, of Frankfort; Connie Woolfolk, 37, of Flossmoor; Sarah Szafranski, 22, of Oak Forest; and Jennifer Bishop, 34, of South Bend, Ind.