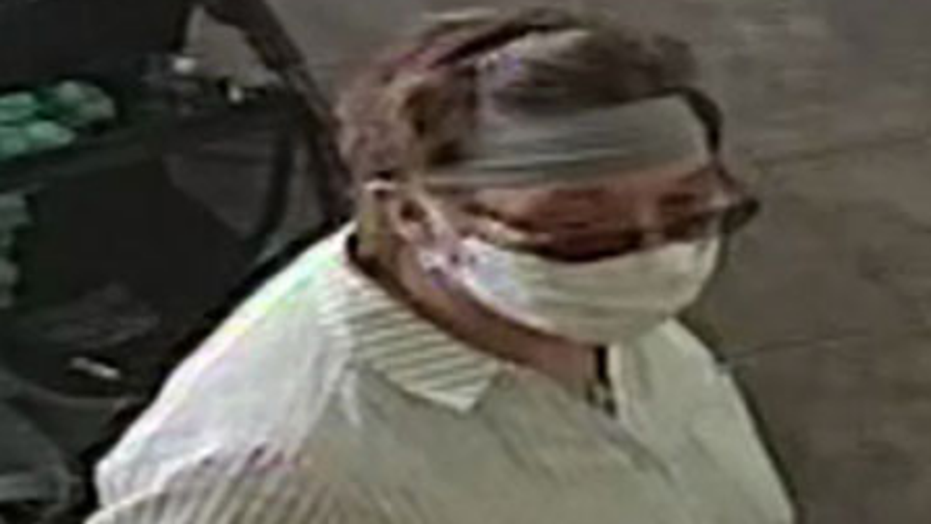 Police on Monday announced they are looking for a woman who appeared to purposely cough on a 1-year-old at a restaurant in California amid the coronavirus pandemic.

Surveillance video of the alleged June 12 incident at a Yogurtland in San Jose appears to show the woman walk over to a stroller and cough at least two times over the young child around 5:25 p.m., according to a press release by police.

"The preliminary investigation revealed the suspect was upset the female was not maintaining proper social distancing, so the suspect removed her face mask, got close to the baby’s face, and coughed 2-3 times," said San Jose police Sgt. Enrique Garcia.

IMMIGRANT OWNER OF SMALL BUSINESS RANSACKED BY LOOTERS SPEAKS OUT: 'WE ARE INNOCENT VICTIMS'

Garcia added the suspect left the establishment and hasn't been identified or apprehended by authorities as of Monday night.

"Coughing on someone's face. She did it on purpose it's not like she did it on accident, oh cough, cough - no she purposely coughed on my son's face," Mireya Mora, the boy's mother told San Francisco's KGO-TV. "It happened so quick I was in shock. She got close, she took off her mask, and she coughed three times super hard on my son's face."

Mora, who is Hispanic, claimed the woman started harassing them after the mother started speaking Spanish, according to the station.

Photo of the unidentified woman who allegedly coughed on a baby at a Yogurtland in San Jose, Calif. (San Jose Police Department)

The San Jose Police Department said the suspect was described as a white female in her 60s with a medium build. She was seen last wearing a gray bandana, glasses, long sleeve shirt with gray vertical lines, white dress pants, and patterned tennis shoes.

Anyone with more information is asked to contact Detective Dan Bowman of the San Jose Police Department's Assaults Unit at 408-277-4161. Tipsters who contact the Crime Stoppers Tip Line, at (408) 947-7867 may be eligible for a cash reward.