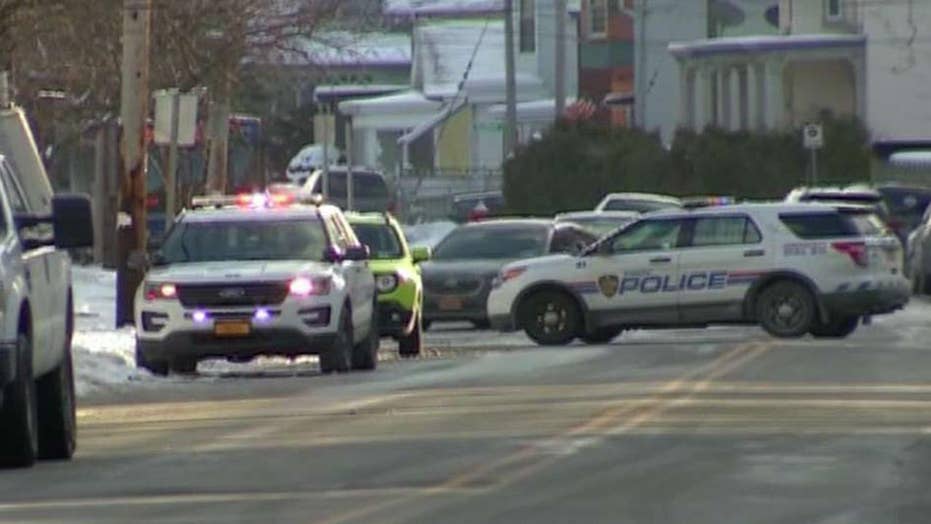 The bodies were found in a basement apartment in Troy, New York; authorities said the incident was not a random act.

Police in upstate New York Thursday identified the family of four found murdered inside their apartment the day after Christmas.

Troy police identified the victims as Shanta Myers, 36; her children, Jeremiah Myers, 11 and Shanise Myers, 5; and Brandi Mells, 22. Police said the women were in a relationship.

The bodies of the two women and two children were found dead in a basement apartment by the building's property manager in Troy.

The New York Times reported the property manager received a phone call from the victim's relatives asking him to do a welfare check on the tenants.

But Troy Police Chief John Tedesco hinted at the gruesomeness of the scene during a news conference on Wednesday.

"After being in this business for 43 years, I can't describe the savagery of a person who would do this,"

"After being in this business for 43 years, I can't describe the savagery of a person who would do this," Tedesco said. "I don't think there's any doubt that a person who committed this crime is capable of anything.”

“It was the number of people killed, the manner in which they were killed,” Tedesco said. “And the children being involved.”

Police didn't know when the homicides occurred, but Tedesco said he hoped autopsies being conducted Wednesday would provide clues. State police were involved in the investigation along with New York parole officials, Tedesco said. So far, no suspect was in custody and there was no known motive. Police have asked the public for any information related to the case.

However, Tedesco said "certain factors were uncovered during the investigation" hinting that the slayings were targeted.

"This will be a full-court press, if you will, until we bring someone to justice," he said, adding that police were seeking any information the public may have about the crime.

“For someone to do this to two children is horrific. I can’t even explain how people feel up here,"

“For someone to do this to two children is horrific,” he said. “I can’t even explain how people feel up here. We’ve had homicides here in the past, as all communities do, but children — it really, really has affected this community.”

The murders brought back memories of the quadruple homicide of a family in 2014, the Times Union reported. The killings occurred in Guilderland, located about 16 miles from Troy. Jin Chen, 39, his wife Hai Yan, 38, and their sons Anthony, 10, and Eddy, 7, were murdered with a knife and hammer in their residence. Their case remains unsolved.