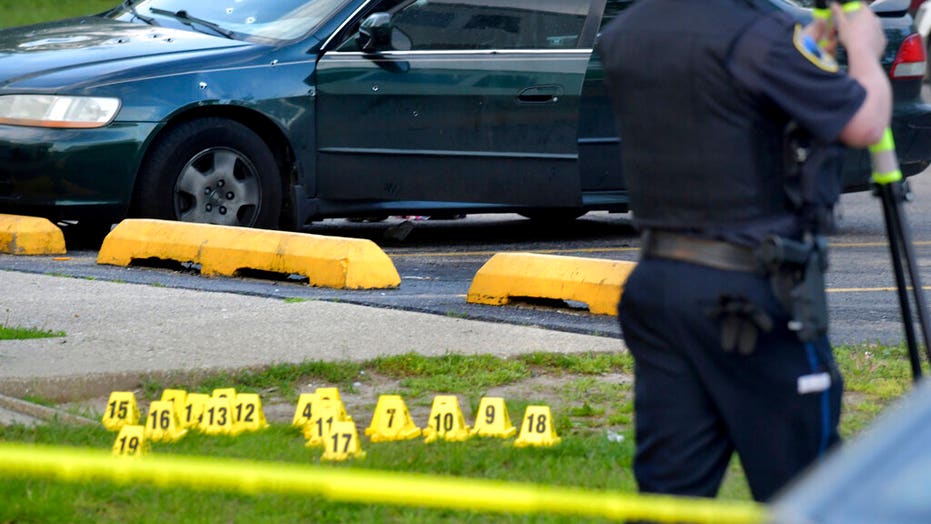 A 4-year-old boy in Illinois was killed Monday from gunshots that police said were intended for someone else.

Jeremiah Ward, of Peoria, died after 22 shots were fired in an apartment complex parking lot. He was hit three times in the back and the arm and died shortly after arriving at the emergency room, officials said.

The boy was in a car with his mother and a male. Another passenger was a 23-year-old male who suffered non-life-threatening injuries, and whom investigators believe may have been the intended target, Springfield FOX station WRSP-TV reported.

"We know there is a video circulating on social media of Jeremiah being loaded into the ambulance and we are stressing for anyone with information or who saw this to please step forward," the chief said. "We cannot solve this without the community’s help."

About 300 people gathered Tuesday in the parking lot to remember Jeremiah. His mother clutched a teddy bear and sobbed uncontrollably.

She described the 4-year-old as a "loving boy who would always run up, grab her face and kiss her cheek.”