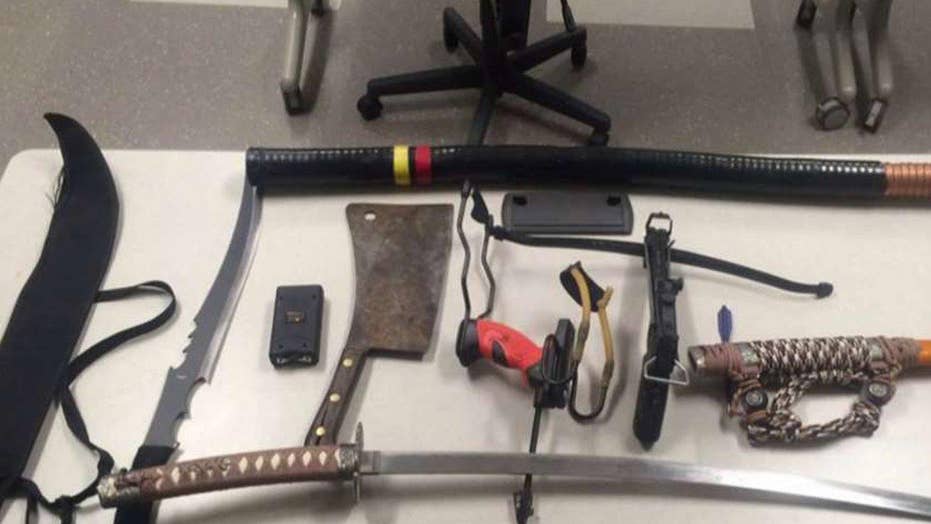 A report of a suspicious man lurking in the parking lot at Gillette Stadium before Friday’s NHL Winter Classic led to the seizure of a cache of weapons, police said Saturday.

Inside police found several weapons, including a stun gun and swords, Fox 25 in Boston reported.

A Patriots spokeswoman said Bromson was not a stadium employee.

Officers charged him with trespassing, disorderly conduct, possession of an electric stun gun and three counts of assault.

He was arrested in 2014 after allegedly barricading himself in his house and threatening to shoot officers, the station reported. Officers knew he had handguns and rifles at the time. He eventually surrendered without incident.

Police said there was never a threat to Gillette Stadium or the Classic which featured the Boston Bruins and the Montreal Canadians. They played in front of a sold-out crowd.