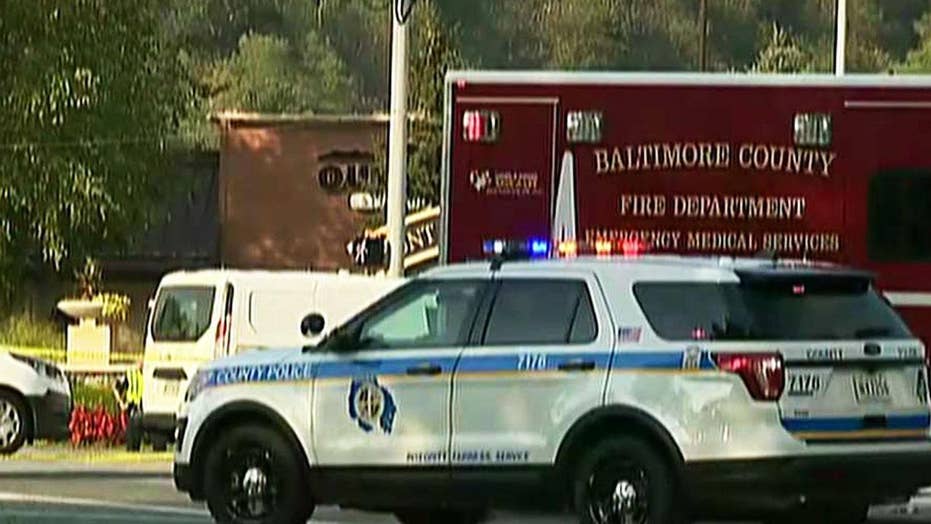 Police said five people were stabbed at an outdoor shopping mall in Maryland Saturday before authorities shot and killed the suspect.

None of the victims suffered life-threatening injuries in the incident at the Hunt Valley Town Centre in Cockeysville, but all were taken to local hospitals. The shopping center is about 15 miles north of Baltimore.

Baltimore County police said on Twitter they had initially been called to the center for a report of a loitering suspect, but the situation then “escalated.” Police spokeswoman Jennifer Preach said four people were stabbed at a liquor store and the fifth person was stabbed at a noodle restaurant. It was not immediately clear whether the victims were workers or patrons.

Peach said the man was initially demanding money from customers at the liquor store and carrying a hunting-style knife with a three-inch blade.

One witness told the Baltimore Sun she saw about seven police officers surround the suspect.

"The suspect’s clearly not cooperating because he’s walking super slow and not following whatever he’s being told," said the woman, who asked to remain anonymous. She then heard three to six gunshots and saw the suspect drop to the ground.