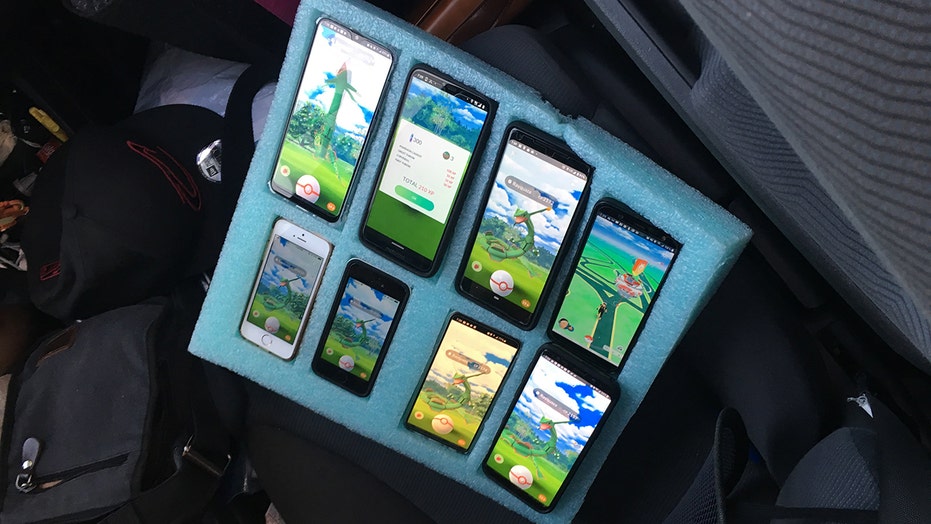 This driver clearly wanted to catch them all.

Authorities in Washington state said a state trooper who pulled over Tuesday to help what he thought was a disabled vehicle instead found a motorist playing "Pokemon Go" on eight different phones.

Washington State Trooper Rick Johnson said on Twitter the driver was stopped on the shoulder of the eastbound lanes of Highway 518 in Burien, located just south of Seattle.

Johnson, a spokesman for the patrol, shared a photo of what Sgt. Kyle Smith discovered in the vehicle: a blue foam square with the eight phones lying in special cutouts.

Washington State Patrol Sgt. Kyle Smith discovered a driver along the side of a highway playing "Pokemon Go" on eight phones on Tuesday, acording to police. (WSP Trooper Rick Johnson)

"Driver agreed to put phones in back seat and continued his commute with eight less distractions," Johnson said.

Smith did not issue a ticket because he did not observe the car moving while the driver was using the phones, according to Johnson.

The sergeant, however, did advise the motorist not to stop along the highway shoulder unless there was an emergency.