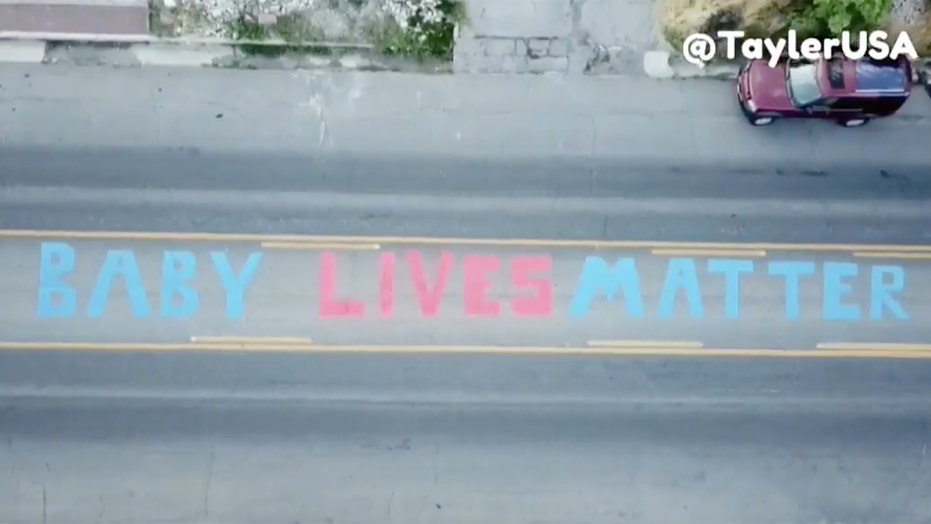 A anti-abortion activist splashed the words "Baby Lives Matter" in front of a Planned Parenthood clinic in Salt Lake City, Utah, arguing the Black Lives Matter movement "wasn't talking about the actual problems in their community."

Tayler Hansen targeted the nation's largest abortion provider, aiming his message at BLM protesters who in the past weeks have painted murals on major cities, including one in front of Trump Tower in New York City and one near the White House in Washington, D.C.

"This affects every race, but Planned Parenthood was founded by eugenicist Margaret Sanger, who consulted with the KKK to create the organization," Hansen told Fox News. "They place these abortion mills in predominantly poor and Black demographics on purpose, to exterminate the Black race. The true racism happening in America today is Planned Parenthood."

Hansen painted the mural on the Salt Lake City street late on Friday night. It was removed on Saturday morning, just 10 hours later.

"In 2019, abortion was the leading cause of death worldwide," Hansen said in a video posted to Twitter. "Almost 43 million children were denied the most basic right of all — life."

Turning Point USA chief creative officer Benny Johnson shared photos of Hansen's work on Twitter, writing, "Once leftists opened up public roads for political speech it was only a matter of time before a conservative response."

Johnson added, "Expect more of this."

“Refund the police,” Beatty, who is Black herself, could be heard shouting. “Jesus matters! We will never support Black Lives Matter!”