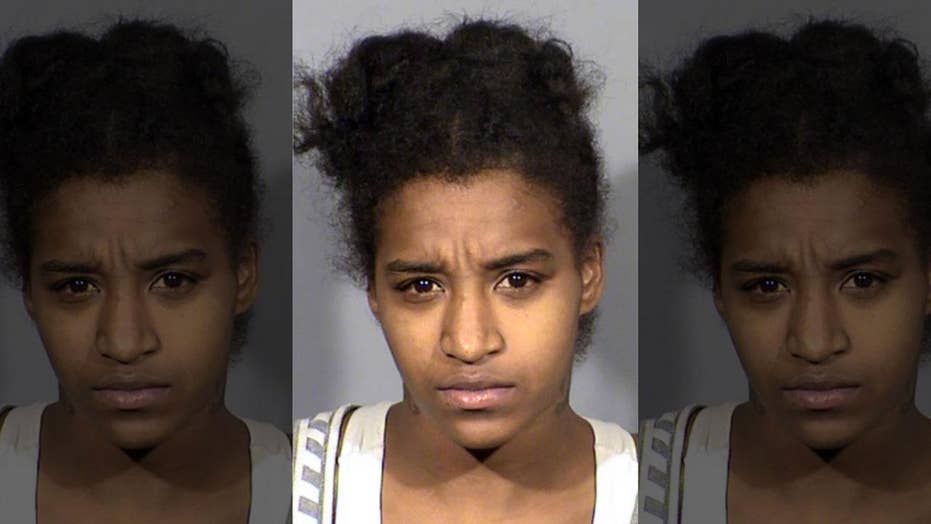 A Las Vegas woman has been charged with murder after investigators pieced together clues from a Pizza Hut receipt to track her down.

Bettie Ann Marshay Pires, 25, is accused of shooting her then-boyfriend, Kevin Thomas, 50, in the head last November. The arrest report says a small piece of paper was found underneath the victim’s body and had minor information on it that eventually led to Pires’ arrest.

Among the information on the receipt: The pizza restaurant’s location, the name “Betty”, the customer’s phone number and the food that was ordered -- chicken wings and large stuffed-crust sausage pizza.

Detectives showed up at the restaurant to retrieve surveillance footage, which showed Pires with Thomas in the eatery 30 minutes before the shooting. Initially, Pires had denied that she was with Thomas that night, according to the police report. The surveillance tape proved otherwise.

The police report also suggested the two may have been having relationship problems.

“Thomas wanted to be with Pires and Pires, who had nowhere to live and limited means to support her and her two children, used Thomas for financial reasons,” the report said.

Pires is being held without bail at the Clark County Detention Center in Las Vegas.