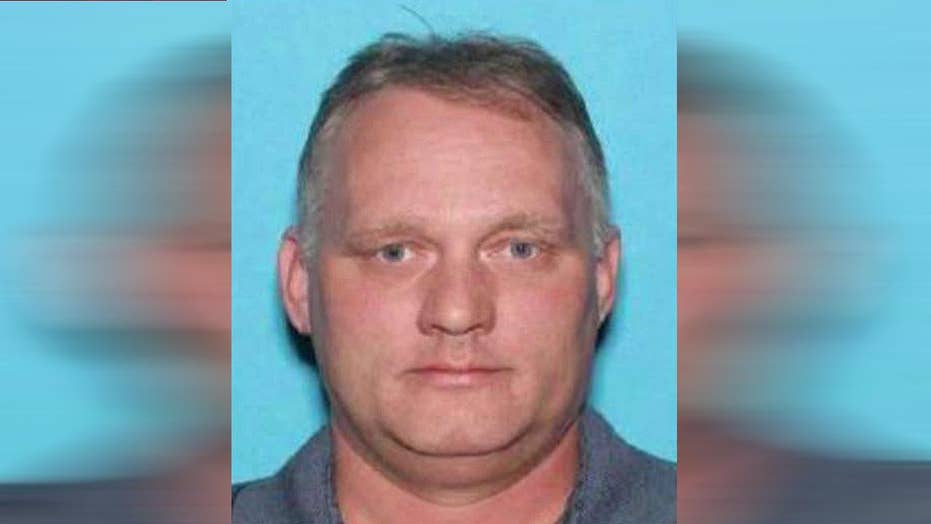 PITTSBURGH – The man accused of storming a Pittsburgh synagogue and killing 11 worshippers during an anti-Semitic rampage was described Sunday by neighbors as a loner who listened to talk radio, chain-smoked and was so bland in person that he bordered on being “forgettable.”

“I really wish there was some type of clue,” Chris Hall, who lives next door to accused killer Robert Bowers, told Fox News. Hall said Bowers “felt more comfortable expressing his views online rather than in person. If I were to wave to him and he said, ‘All Jews must die’ or there was an SS sticker on his car, I would have f---ing reported him... but he didn’t do any of those things.”

Bowers allegedly opened fire with an AR-15 rifle during worship services inside the Tree of Life Synagogue on Saturday, killing eight men and three women before a tactical police team tracked him down and shot him.

Six other people were injured in the attack, including four police officers.

Among the dead were a grandfather, a husband and wife and two brothers. The victims ranged in age from 54 to 97.

Bowers faces 11 counts of criminal homicide, six counts of aggravated assault and 13 counts of ethnic intimidation in addition to federal counts that include weapons offenses and hate crime charges.

During the shooting spree, Bowers allegedly targeted a building that housed three separate congregations, all of which were conducting Sabbath services in the Squirrel Hill area, located about 10 minutes from downtown Pittsburgh.

He purportedly told investigators after he was captured that “all these Jews need to die.”’

The statement, Hall said, came as a “complete shock.”

“I can’t believe this S.O.B. was right there,” Hall said, shaking his head. “We didn’t know what was on the other side of our walls. We never knew.”

Hall said Bowers was so unassuming that his fiancee forgot his name.

“He’d say, ‘Hi Kerri,’ but she forgot his name,” Hall said. “He never had any visitors. No family. No real friends. We’d see him go to his car where he had an ashtray. He’d sit in there, smoke and listen to talk radio.”

In retrospect, Hall said there may have been signs that things weren’t as they seemed with his next-door neighbor of nearly two years.

“This guy hid everything,” Hall said. “He got a P.O. box. He didn’t get his mail here. His name isn’t even in the mail room. No stickers or anything. And he paid the rent in cash.”

Even though Bowers kept his views on minorities a secret from his neighbors, he did spew anti-immigrant and anti-Semitic hatred on Gab – a social media network that bills itself as an alternative to Twitter that defends “liberty and free expression online.” Gab has attracted far-right activists and some users have expressed white-nationalist rhetoric. The network said it was cooperating with law enforcement after the Pittsburgh attack and "unequivocally disavows and condemns all acts of terrorism and violence."

GAB BANNED BY PAYPAL, SUSPENDED BY OTHER PLATFORMS

For Hall, it all hits a little too close to home.

“It’s not all one group out here,” he said. “It’s a bunch of people coming together. I have always felt safe walking to work I wave to my neighbors. I didn’t even know Gab existed until yesterday.”

“I didn’t think anyone could be capable of something like this,” he said. “I’m still grappling with it. What if I had been more neighborly? But I don’t know. (The gunman) could have just as easily started (shooting) here. It’s a diverse neighborhood. It could have been target practice.”