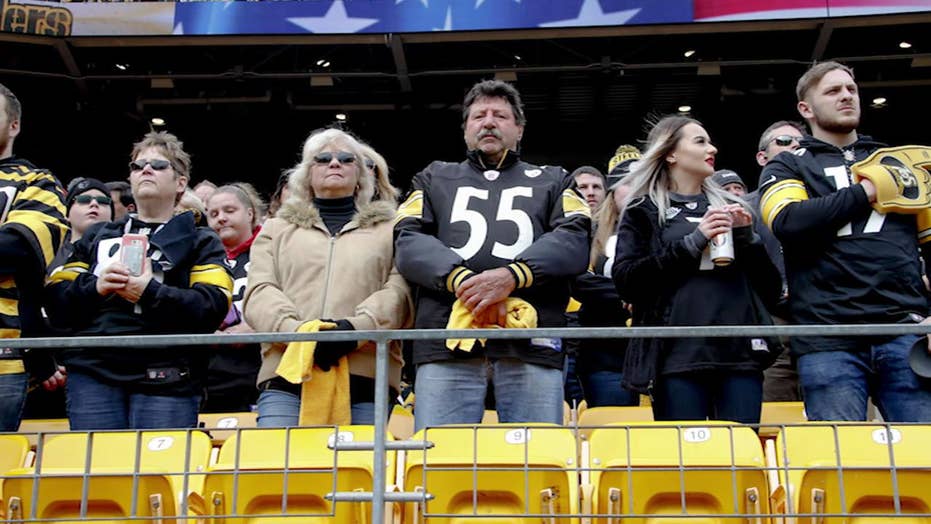 After Saturday's mass shooting, Pittsburghers are turning to one of the city's best unifiers to help the community recover: black and gold.

PITTSBURGH - The city of Pittsburgh is pulling together in the wake of Saturday's horrific synagogue shooting, mourning the victims, supporting survivors and rallying around the Iron City's beloved Steelers, whose deep civic roots extend to the temple struck by tragedy and terror.

Among the 11 victims shot to death by alleged gunman Robert Bowers on Saturday were Cecil and David Rosenthal, whose sister, Michele, used to work for the Steelers as a community relations manager.

There are other connections to Pittsburgh's football team, too.

Coach Mike Tomlin, who lives about “800 yards” from the Tree of Life synagogue, urged players and the heartbroken city to “stay strong.”

“I’m a member of the Squirrel Hill community, personally,” Tomlinson said after Pittsburgh’s win over the Cleveland Browns on Sunday. “Words cannot express how we feel as members of the community. I’m not going to make this about me or about us. We’re just glad we are here to serve our community, if we can in some small way.” 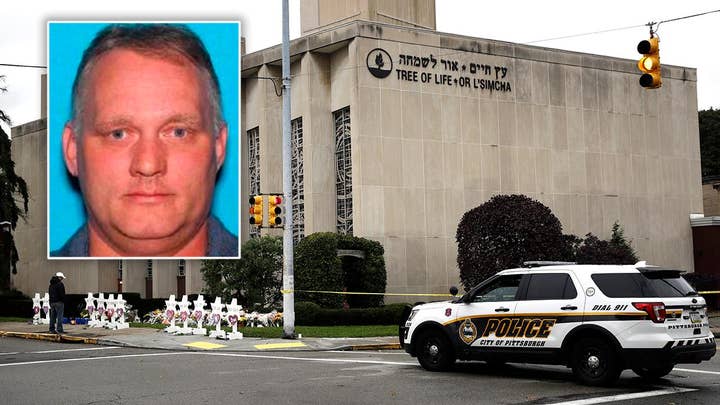 Steelers President Art Rooney II tweeted: “Our hearts are heavy but we must stand against anti-Semitism and hate crimes of any nature and come together to preserve our values and our community.”

A moment of silence was observed before the game at Pittsburgh’s Heinz Field. Fans in attendance showed up with signs of the Steelers’ helmet logo inlaid with a Star of David as a tribute.

Defensive end Cam Heyward wore a gray t-shirt with the word "Pittsburgh" on it and a heart underneath it.

“I feel like today, with the media we get and the platform we have, there was no more important time than today to express what I believe – to shine a light on the hate and the random acts of violence that are going on in our world today," Switzer said.

"I'd like to start with saying our thoughts, love, and prayers go to all of the victims of yesterday's senseless shooting in Squirrel Hill especially from me and family to Michele," Roethlisberger said. "We love you Michele and we are thinking about you."

Saturday’s massacre at the Tree of Life synagogue marked the deadliest attack on America’s Jewish community. Bowers allegedly opened fire with an AR-15 rifle during worship services, killing eight men and three women before a tactical police team tracked him down and shot him.

Six other people were injured in the attack, including four police officers.

The victims ranged in age from 54 to 97 -- the oldest of whom was a Holocaust survivor.

Bowers faces 11 counts of criminal homicide, six counts of aggravated assault and 13 counts of ethnic intimidation in addition to federal counts that include weapons offenses. He has been charged under federal hate crime statutes and could face the death penalty if convicted.

He purportedly told investigators after he was captured: "All these Jews need to die."