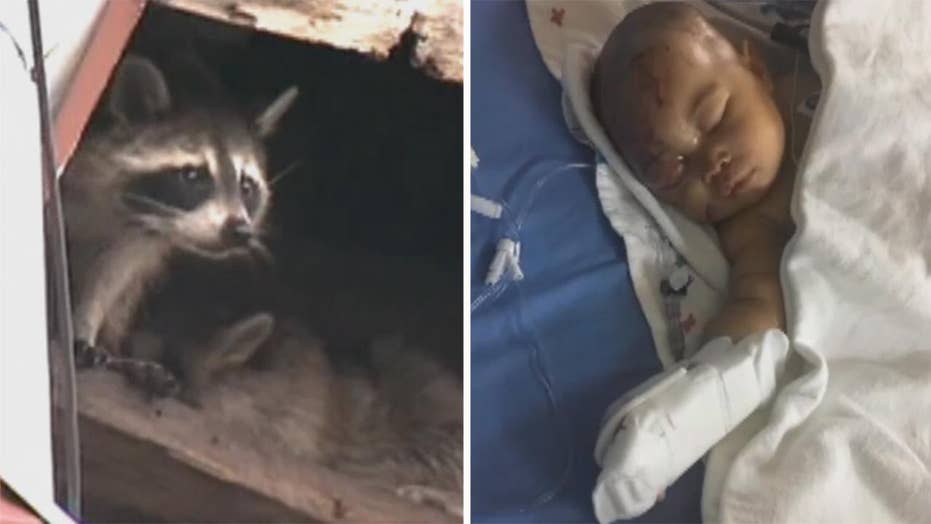 Philadelphia residents complain about infestation in apartment where 4-month-old was left with injuries on head and face requiring over 60 stitches.

A four-month-old infant was viciously mauled and dragged by a raccoon Wednesday night in a Philadelphia apartment, her parents said.

Journi Black was sleeping in her bed when her mother, Ashley Rodgers, took her six-year-old son, Jordan, to the bathroom, FOX29 reported. Rodgers said she heard a sound coming from the bedroom and saw a raccoon running down the steps.

“My daughter was laying on the bed sleeping and I went to take my son to the bathroom,” Rodgers told CBS Philly reported. “We heard a sound upstairs and we see a raccoon run down the steps.

“When I finally got to her, she was laying on the floor so it had dragged her off the bed, across the room, and she was bleeding and crying and her whole face was red,” the devastated mother said.

The baby was rushed to the hospital where she received 65 stitches in her face, FOX29 reported. Doctors said the baby’s recovery could take up to a year.

Rodgers moved her children to the one-room apartment a few days before the vicious attack.

However, tenants in the apartment building had complained previously about a raccoon infestation. Rodgers told CBS Philly she had alerted her landlord about witnessing a raccoon the day of the attack.

The city’s Licenses and Inspections Department spokesperson told CBS Philly the landlord appeared to not have a rental license.

“It needs to be shut down. Everybody needs to leave out of there,” Rodgers said.

“It is his (the landlord’s) responsibility. There’s no reason an animal should have gotten into the house with minors,” Samuel Black, the girl’s father, said.