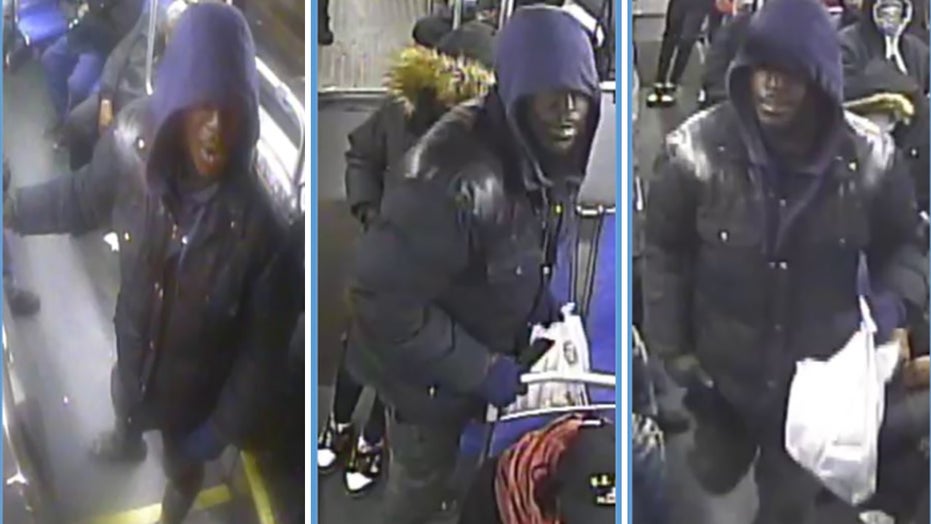 A homeless man in Philadelphia punched a pregnant woman in the face after she refused to give up her seat aboard a SEPTA bus on Sunday, authorities said.

The incident happened 1:45 a.m. on a Market-Frankford Line Night Owl bus, a spokesman for the Southeastern Pennsylvania Transportation Authority said.

The suspect approached a woman who was seated and demanded that she get up so he could sit. He allegedly punched her in the face and fled the bus.

An arrest warrant has been issued for the suspect wanted in connection to an assault on a pregnant woman aboard a SEPTA bus on Sunday. (SEPTA Police)

Police said the suspect, who is homeless, also pushed her into a metal pole before threatening to follow her and bear her up, FOX29 Philadelphia reported.

The victim, who is two months pregnant, was treated at Jefferson University Hospital for non-life-threatening injuries.

The SEPTA bus driver immediately stopped the bus and called police, according to authorities.

Police launched a search and identified a suspect on Sunday evening. An arrest warrant was issued on Monday for charges of simple assault and related offenses.

No arrests have been made as of Tuesday morning as police continue to search for the suspect, SEPTA said.