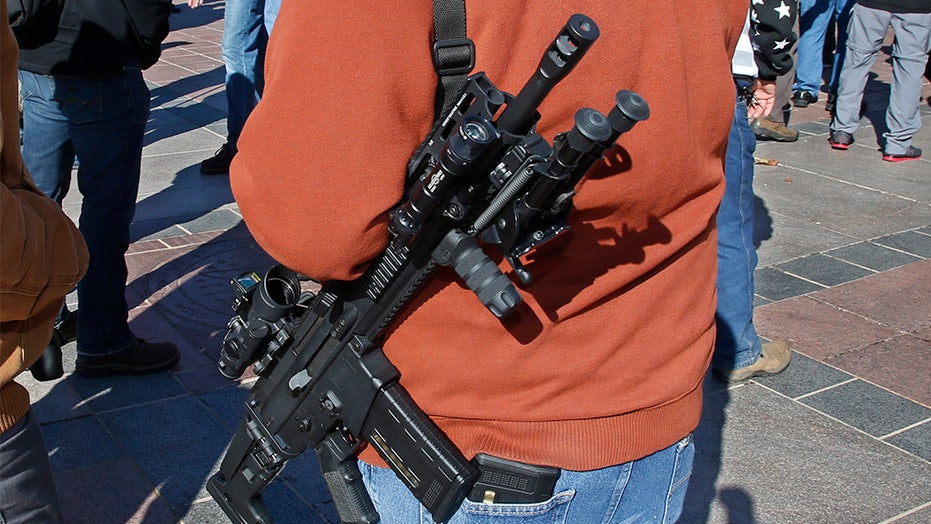 A "constitutional carry" gun law in Oklahoma took effect Friday. Also known as permitless carry, the law lets some Oklahomans carry a firearm in public without a license.

Most Oklahomans 21 and older can now carry concealed or unconcealed firearms without having gone through a background check or training requirements, with exceptions for those illegally in the country or who have been convicted of certain crimes.

Leslie Nessmith, center, of Edmond, Okla., attends a rally at the state Capitol to mark the start of a new law that allows most adults in Oklahoma to carry a firearm in public without a background check or training. (AP Photo/Sue Ogrocki)

Firearms are still prohibited in public buildings, bars, casinos and schools, and at professional sporting events.

Oklahoma's Supreme Court and a county judge this week rejected Oklahoma City Democratic Rep. Jason Lowe's requests to hold off on the law.

Lowe had introduced a petition in August following the mass shootings in El Paso, Texas, and Dayton, Ohio. The petition would have stopped the law from taking effect and made it a 2020 ballot question, had it been successful. 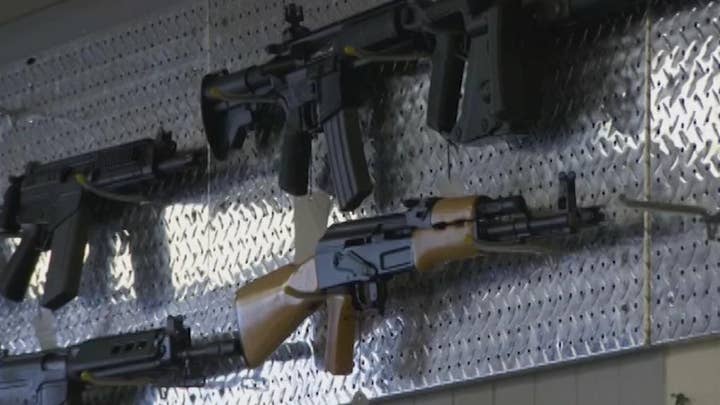 The Oklahoma Second Amendment Association filed a protest against the petition that rendered its signatures invalid.

“As I traveled all over the state to all 77 counties, I heard from Oklahomans all over that they wanted us to protect their right to bear arms,” Stitt said at the time.

There are at least 16 states that have some version of a permitless carry law, according to the National Rifle Association (NRA).

"Government exists for the people, not the other way around," said Jason Ouimet, the NRA's Institute for Legislative Action (ILA) executive director. "This law honors the right of law-abiding Oklahomans to defend themselves and their loved ones without begging for the government’s permission beforehand."