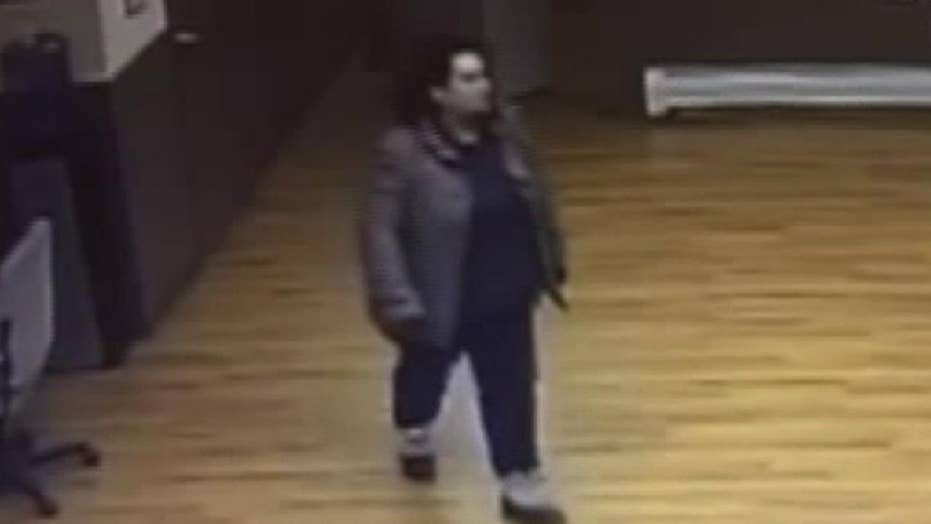 A woman in northeastern Pennsylvania was arrested Monday after investigators said she broke into a police station to get to an officer she allegedly had been sexually harassing since he arrested her last year.

Ashley Keister, 27, was caught on surveillance video at the West Wyoming Police Department. She was seen banging on the door with a closed fist but when that didn’t work, Keister apparently grabbed a cigarette butt holder and smashed through the glass door.

TEXAS WOMAN LIED ABOUT VIOLENT KIDNAPPING IN REVENGE PLOT AGAINST OF HER CHILD, POLICE SAY

According to Police Chief Curtis Nocera, the woman had been under investigation for allegedly harassing an officer who arrested her last May.

Nocera told WNEP that Keister recently contacted the officer on social media and sent him sexually harassing memos, “upwards of 20 plus messages a day.” She allegedly even called 911 just to speak to him.

But, hours later, Keister reportedly called 911 to tell the dispatchers she was on her way to the station to look for her arresting officer.

She was charged with aggravated assault on a police officer, burglary and vandalism, and was jailed on $50,000 bail. Her public defender could not be reached for comment.