Pennsylvania school board member denied vote for being only cis white man on board.

An Upper Moreland School Board member said she would not vote for the only white cis man on the board for the role of president because it sends the wrong message to the community.

A Willow Grove, Pennsylvania, school board member said she would not vote for "the only cis White male" on the board to serve as president, despite prefacing the comment that he would make an excellent president.

Upper Moreland School District, which is in the northern suburbs of Philadelphia, held its most recent school board meeting on Dec. 6.

During the meeting, School Board Treasurer Jennifer Solot led the motions as acting president until a new president was elected.

Just before the vote, Solot weighed in on who she would be voting for.

"I believe that Mr. D’Elia would make an excellent president," she said. "However, I feel that electing the only cis white male on this board president of this district sends the wrong message to our community: a message that is contrary to what we as a board have been trying to accomplish."

RICHMOND, CALIFORNIA - MAY 17: An elementary school teacher is seen reading a book about gender to students. (Getty Images)

With the influx of gender types, cisgender refers to those who identify with the gender they are given at birth.

Based on Solot’s statements, D’Elia was born a male and identifies as a male.

Solot went on to say she thinks it is important to practice what they as a school board preaches and recognize that their words have strength, whether spoken on sidewalks in the communities they serve or from behind the tables they sit at during the meetings.

"Mrs. Stainback has done an exemplary job as president these last few months, and the strength of her performance has earned her my vote tonight," Solot added.

When it came to a vote, eight members voted for Stainback while D’Elia was the lone vote for himself.

D’Elia and Solot did not immediately respond to requests for comment on the matter. 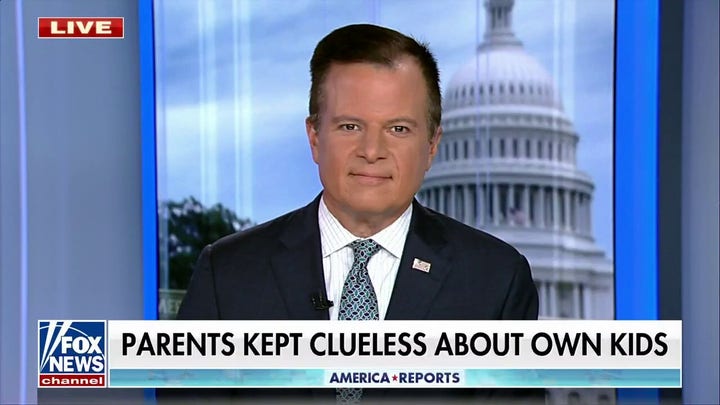