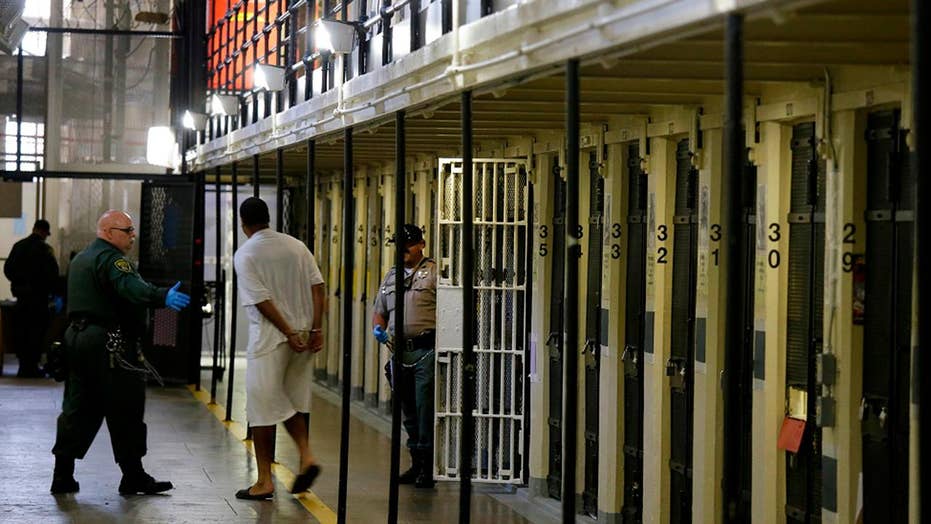 PHILADELPHIA -- Vicki Schieber is a mother on a mission: her 23-year-old daughter, Shannon, was brutally murdered in her brownstone apartment by a serial rapist in 1998 while attending the University of Pennsylvania.

But she has spent the past two decades trying to keep her daughter's killer alive.

Schieber, 75, has become a fierce advocate to abolish the death penalty. She said many told her she should push for her daughter's killer to be executed -- but she found that cruel and inhumane. So she embarked on a crusade to end capital punishment.

“We didn’t want to put him to death,” said Schieber, “It wasn’t going to help us heal.”

Instead, the Schieber’s, Vicki and Sylvester, 73, made a promise.

“We won’t rest until the death penalty is abolished in the state Shannon was born [Maryland], and that state she died [Pennsylvania].”

But this puts these states at odd with the federal government. Just last week, the Trump administration announced plans to resume executing federal prisoners awaiting the death penalty — ending a 16-year moratorium on the practice. Many supporters said the move was necessary, citing that delays in carrying out death sentences are unfair to the relatives of victims.

Shannon and her younger brother Sean Schieber sitting in their childhood home in Maryland. (Provided to Fox News)

Shannon Schieber was president of her 1992 high school graduating class. She finished Duke University in just three years with a triple major in philosophy, economics, and math. She was brilliant and compassionate, her mother said.

But when forced with the difficult decision to persue the death penalty in retaliation for her daughter’s murder, she declined. Maryland ended capital publishment in 2013 and she is now urging Pennsylvania to do the same.

Earlier this month, Krasner asked the Pennsylvania Supreme Court to declare the state’s death penalty system unconstitutional; citing a study conducted by his office that revealed 72 percent of Philadelphia death sentences were overturned during post-conviction review between 1978 and 2017, most due to ineffective legal representation.

His declaration against the death penalty comes after a bipartisan report released by Pennsylvania’s General Assembly Joint State Government Commission condemned the practice citing that the death penalty was applied unevenly across the commonwealth, affected by factors like race and county.

“It is a broken system,” said Marc Bookman, co-director of the Atlantic Center for Capital Representation. “You cannot say a system works when we have people serving any amount of time on death row, that are innocent, that in itself is an incredible injustice.”

Bookman, who worked in the homicide unit of the Defender Association of Philadelphia before beginning the non-profit, said he saw too many defendants sentenced to death row due to low resourced counsel.

“Quality of counsel and resources should not determine who receives death sentences and who does not,” said Bookman, “that’s just not what our founding fathers intended.”

However, the Pennsylvania District Attorney’s Association (PDAA) released a statement supporting the death penalty. The group said the practice not only meets constitutional standards by appropriately channeling the discretion of prosecutors and sentencing authorities but also is only executed when the facts of a case meet the narrowest requirements by law.

“If a crime is so hideous that it calls for the death penalty, it should be available,” said Francis Chardo, the district attorney of Dauphin County.

“The appeals process is a long one, we have safeguards put into place because this is a very severe, and irreversible penalty,” said Chardo, “but at some point, there has to be finality to the system.”

“All murders are not the same,” says Chardo. “[Capital punishment] it’s reserved for premeditated first-degree murder cases where there are aggravated circumstances that warrant such a decision.”

Krasner is requesting the high court to invoke its King’s Bench power to address systemic problems in the state’s death penalty and to “hold that the death penalty, as it has been applied, violates the Pennsylvania Constitution’s ban on cruel punishments.”

The Supreme Court will hear oral argument on the matter in September.

If the death penalty in Pennsylvania is struck down, Schieber says her days as an advocate could come to an end.

"I can finally go home," said Schieber, "and tell my daughter we did it, we got rid of the death penalty in Pennsylvania."