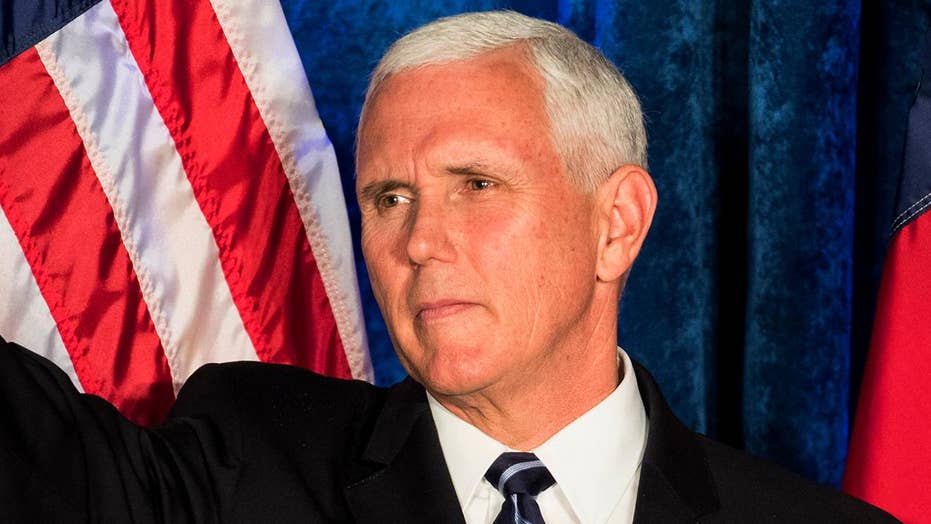 Vice President Mike Pence drew unexpected controversy when he was invited to speak at Taylor University, a small Christian school in rural Indiana.

Some upset students and alumni launched a petition to have his invitation rescinded, saying they felt "personally attacked" and were "physically shaking," predicting that students will "feel unsafe at their own graduation."

But Peter Wurster, a Taylor University student and CampusReform.org correspondent, told "Fox & Friends" Wednesday he is excited for Pence to be speaking at his school and hopes it unifies the campus, instead of further division.

"I was really excited about hearing the news," said Wurster, whose older sister is graduating in May.

"Places like Taylor and at other universities have become places where it's hard to speak up about these issues," Wurster added. "I really hope that through this situation we can open a good, meaningful conversation with one another. That we can listen, hear each other out through all of this."

Paul Lowell Haines, the president of Taylor, praised the vice president as a "good friend to the University over many years," and "a Christian brother whose life and values have exemplified what we strive to instill in our graduates.”

Taylor University spokesman James Garringer said in a statement, "Since making the announcement of Vice President Mike Pence's upcoming commencement speech, we have received feedback from people on either side of the issue. Taylor University is an intentional Christian community that strives to encourage positive, respectful and meaningful dialogue.