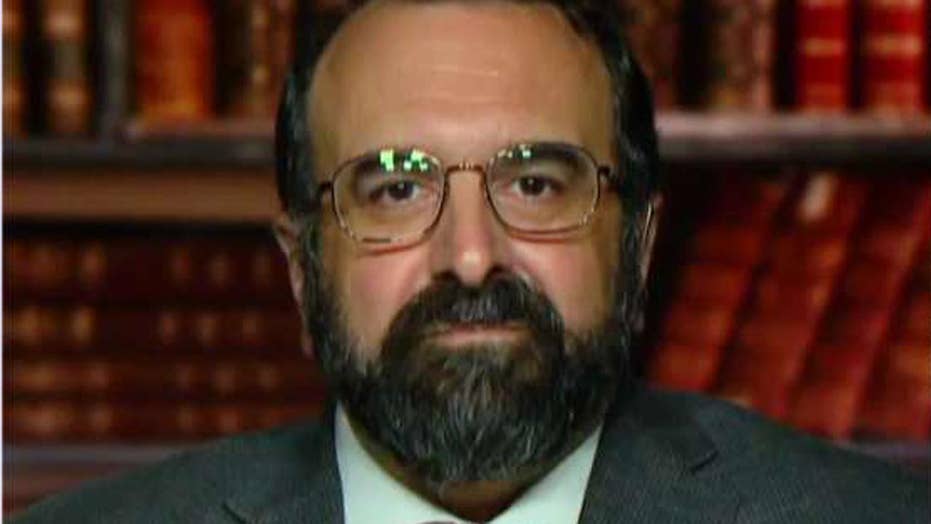 Jihad Watch founder: PayPal banned us for our views

Robert Spencer, founder of JihadWatch.org, told Fox News that PayPal barred his group from using its technology to raise funds because of its criticism of Islam.

Spencer said he was first contacted by a reporter from ProPublica -- partially funded by a George Soros group -- who noted that Jihad Watch has a donation link via PayPal as well as links to Spencer's books for sale at Amazon.com.

"[The reporter] said, ‘What would you do if all of this was cut off because you're a hate group, according to the Southern Poverty Law Center?’" said Spencer.

He said he tried to reason with the reporter, Lauren Kirchner, and said, "If you are allowing that people with unpopular political opinions be cut off from these platforms you better hope that doesn't turn on you and your positions don't become unpopular sometime in the future."

Within hours after publication of Kirchner's report, PayPal notified Spencer that he could no longer use its platform, he said.

Spencer says Kirchner made no attempt to verify whether there was any merit to the Southern Poverty Law Center's classification of his website as a "hate" group.

"The left seems to consider the Southern Poverty Law Center infallible in matters of who's a hate group and who isn't," he told Fox News' Tucker Carlson.

After a public outcry online over the ban, service was restored to Jihad Watch as well as to Pamela Geller’s American Freedom Defense Initiative.

"Congratulations, lovers of freedom: your messages to PayPal and your cancellations of your account worked: PayPal has restored the Jihad Watch account," Spencer wrote on the Jihad Watch website.

"I have no intention of restoring the PayPal buttons on Jihad Watch. I know where they stand now, and do not intend to place myself at their mercy again. But nonetheless, this is a victory," he said. "Free people still exist in the United States, and the fascists who call themselves anti-fascists will not prevail."

The SPLC has come under fire for labeling many peaceful organizations as "hate groups," including a prominent evangelical ministry, which has filed a lawsuit against the center, claiming it defamed the Christian organization as an “active hate group” because it endorses the biblical view of homosexuality.