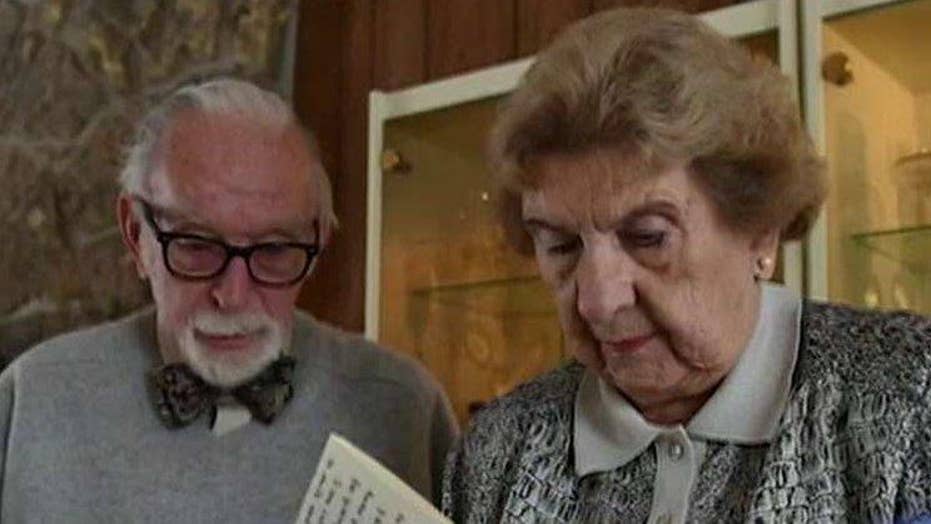 ATLANTA – For younger generations, “care packages” are shipments of treats and gifts parents send their children while they’re away at camp or college. But the term dates back to the end of World War II, when Americans sent lifesaving food and supplies to survivors in Europe.

“Opening it was like manna from heaven because we hadn’t seen so many good things to eat in many, many months,” 87-year-old Helga Kissell remembered. “Flour, powdered milk, egg powder, shortening, cigarettes, chocolate and coffee.”

These simple items came as a great comfort to Kissell. At the time, she was a 16-year-old refugee, who had lost her father and her home to air raids in Berlin.

“Opening it was like manna from heaven because we hadn’t seen so many good things to eat in many, many months.”

The shipments arrived through an effort known as the Cooperative for American Remittances to Europe (CARE), which would later evolve into a global humanitarian organization.

“The original CARE Package was really born out of the generosity and compassion of Americans after World War II,” said Michelle Nunn, president and CEO of CARE USA. “They saw an enormous amount of suffering — millions of people who were refugees and who were hungry. And many of them were our former enemies — Germans that we had been fighting just literally months or years before.”

In a letter to Sajeda, Kissell writes, “We both have a lot in common! I know firsthand what it is like to lose a home and become a refugee.”

The letter goes on to describe Kissell’s struggles as a refugee in Bavaria, and how she received CARE Packages and letters from Leo, a U.S. soldier she had met during the American occupation.

Kissell’s refugee story ends happily. She immigrated to the U.S., where she married Leo. In August, the couple will celebrate their 68th anniversary.

“It is never easy to have to leave one’s homeland,” Kissell’s letter explains. “Always remember the good times and look forward to what the future may bring.”

CARE recorded Sajeda’s reaction to Kissell’s letter. In a video posted on CARE.org, the young refugee is momentarily overcome with emotion and then expresses deep gratitude for Kissell’s support.

“She made me feel like I exist,” Sajeda explains in the video. “Even though I have not met her in person, now she plays an important role in my life.”

Annual Total of Refugees Admitted into the United States | FindTheData.org
Jonathan Serrie joined Fox News Channel (FNC) in April 1999 and currently serves as a correspondent based in the Atlanta bureau.