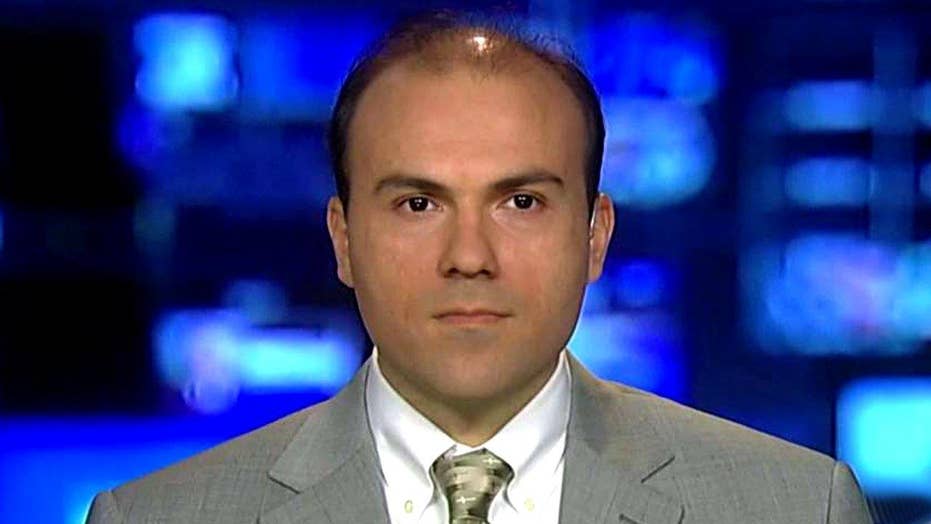 Freed pastor: Marriage 'not good' after years jailed in Iran

The Christian pastor from Idaho who was freed from Iran in January after more than three years told Fox News Monday his faith kept him strong in prison, and that he now plans to tour churches across the U.S. and document his harrowing experience in a book.

Saeed Abedini, who converted from Islam to Christianity in 2000, was arrested and imprisoned in 2012 for opening churches in the Islamic Republic. Speaking to Martha MacCallum on "America's Newsroom," he said Iranian officials accused him of plotting regime change.

Abedini recounted that he prayed in prison on America's behalf for 100 hours.

Abedini said he was working with other pastors to try bringing "healing and peace" with his wife, Naghmeh. He had previously denied her accusations that he had abused her, but confirmed to Fox News their relationship was "not good."

Abedini said that seeing Hekmati in solitary confinement reduced him to tears. Abedini claimed he himself had just left solitary, and saw that the Marine had been a victim of torture at the hands of the Iranian regime.

The pastor saw "how much they really hate us, hate Americans, hate Christians," he told Fox News.