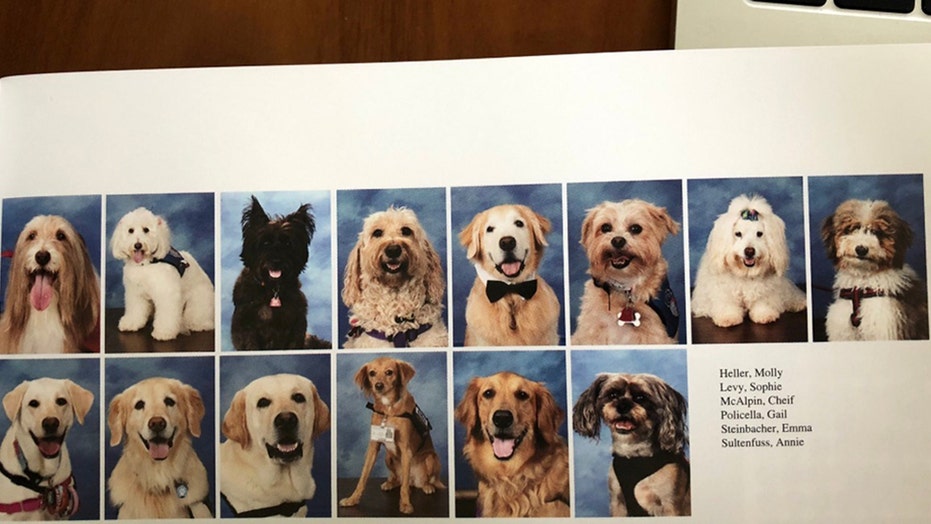 The specially-trained canines were brought in right after the Feb. 14, 2018 shooting in Parkland, Fla., and returned this school year by popular demand.

PARKLAND, FLA., PRINCIPAL TO STEP DOWN AT THE END OF THE SCHOOL YEAR

"Including the therapy/service dogs in the yearbook is the best decision we’ve made so far like this one dog had a bowtie and my heart,"  @sighnatasha wrote on Twitter, according to FOX35 Orlando.

The dogs sat for their yearbook photos in October, according to reports. They were reportedly very good boys.

A Sun Sentinel reporter who tweeted a photo of the dog’s yearbook page garnered more than 6,000 likes by Thursday morning, according to one report.

The yearbook's theme is "It All Depends," FOX35 reported.

The goal is to highlight the growth of the community and how it has transformed since the life-changing massacre, the station reported.

Seventeen people were killed in the shooting.