Parents and parental rights groups are outraged at a school district in New Jersey over its curriculum on gender identity and are accusing the district of encouraging students to transition.

Lawrence Township Public Schools adopted a transgender policy for the current school year like the 600 other districts in New Jersey. Policy 5756 was initially adopted in 2016 and revised three years later. The policy is believed by the district to be mandated by the state, but a clarification issued in April by New Jersey's Education Department says the state "does not mandate curriculum."

"I'm tired of people hiding behind [state learning standards] as an excuse to teach this far-left agenda, this woke agenda, this agenda that includes gender theory and all this other stuff that confuses our kids," parent Robert Pluta, who pulled his children out of the district, told FOX News Digital.

Lesson plans, books and assignments on gender identity are part of the district's curriculum.

Parents and parental rights groups are outraged at a school district in New Jersey over its curriculum on gender identity. (iStock)

"This super woke progressive agenda … it's so saturated with race and sex. And it's just like, can we just get back to teaching? I don't want a conservative school, I don't want a liberal school," Pluta said.

The picture book "Jacob’s New Dress" by Ian Hoffman and Sarah Hoffman, which is read to kindergartners, tells the story of a young boy who likes playing dress-up and wants to wear a dress to school, even as his classmates tell him that he cannot wear "girl" clothes. Kindergartners also are read "My Princess Boy" by Cheryl Kilodavis, which follows a boy who likes "pretty things" and prefers to wear tiaras and "girly dresses."

Second-graders are read "10,000 Dresses" by Marcus Ewert, which features a biological boy named Bailey who dreams of wearing extravagant dresses, and "Red" by Michael Hall, a story that details how a blue crayon with a red label is facing an identity crisis because the color he identifies as on the inside is not what is seen on his label.

And fifth graders are told the story of "PRIDE: The Story of Harvey Milk and the Rainbow Flag" by Rob Sanders. Harvey Milk was the first openly gay man to be elected to public office in California.

Another parent, who also lives in the district and pulled her children from the public school system over a gender identity curriculum, cited a lesson on the "gender snowperson" taught to fourth-grade students, who are asked to think of themselves as a "snowperson" and play a game where they can choose their gender.

"My main concern is that they're pushing social transition. The curricula and the policy really promote, they really encourage children to consider social transition," the parent, who wished to remain anonymous, told FOX News Digital. 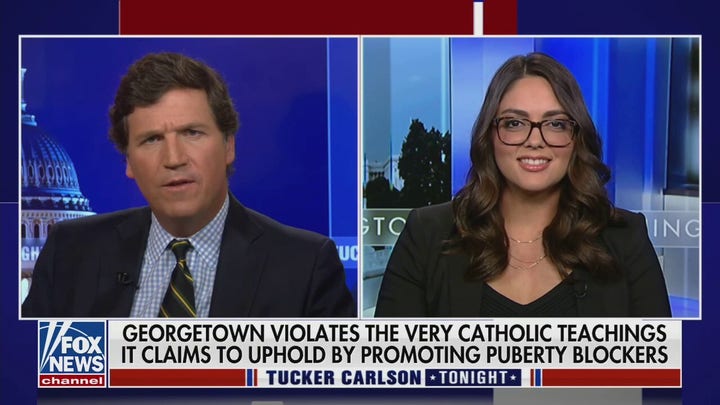 "Once you've led the horse to water, the horse is going to drink," she said. "That is what a lot of parents are so concerned about, that they're actually encouraging it."

At Lawrence Township, there is a "social justice" unit under the social studies curriculum on "Identity/True Self," which is taught to students as early as kindergarten.

Fifth graders in this unit are taught that "one of the first steps that all people — adults or children — take, if they feel their internal sense of gender and their sex assigned at birth do not match, is to socially transition."

"This means adults and children live their lives in a way that expresses their internal sense of who they are — their gender identity," the unit description states. "A person may use a new name and/or different pronouns than before. Some might change their gender expression — wear different clothes or have a new hairstyle. Students usually want to — and have the right to — use facilities or join school activities that align with their gender identity." 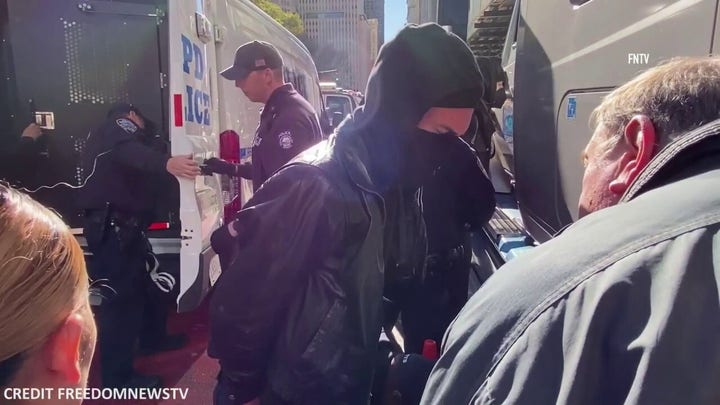 "It is based in gender ideology and is no different than a teacher choosing to read from the catechism and telling students everything in it is true," she said. "Perhaps instead of indoctrinating 5-year-olds and 8-year-olds, they could focus on activism-free reading instruction."

Other social studies units taught to young school children include "Skin Color," "Bias/Prejudice" and "Being an Ally/Protest."

According to the district's transgender policy, the New Jersey Law Against Discrimination "generally makes it unlawful for schools to subject individuals to differential treatment based on gender identity or expression."

The policy also states that the district "shall accept a student’s asserted gender identity" and that "parental consent is not required."

"A student need not meet any threshold diagnosis or treatment requirements to have his or her gender identity recognized and respected by the school district, school or school staff members," the policy states. "In addition, a legal or court-ordered name change is not required. There is no affirmative duty for any school district staff member to notify a student’s parent of the student’s gender identity or expression."

The Lawrence Township Public Schools' transgender policy was adopted for the current school year along with the 600 other districts in New Jersey. Policy 5756 was initially adopted in 2016 and revised three years later. (Getty Images )

New Jersey learning standards explain that a board of education "shall include instruction on the political, economic and social contributions of persons with disabilities and lesbian, gay, bisexual, and transgender people, in an appropriate place in the curriculum of middle school and high school students as part of the district’s implementation" of the state's learning standards.

Parents have previously criticized the district's school board over the curriculum on gender identity, including at an Oct. 19 school board meeting at which a lawyer for the board said in his interpretation of the law that parents do not have the right to determine what is taught at their children's school.

The right of parents "is not to dictate what their children are taught, it is to determine where they attend," lawyer John Comegno said at the time.

The Garden State does not have a school voucher program that would allow parents to use public funds designated for their child's education on tuition for another school.

"Defenders of the government school monopoly believe they have the right to raise other people's kids in the way they see fit," Corey DeAngelis, American Federation for Children's senior fellow and school choice activist, told FOX News Digital. "It's a deeply flawed philosophical position that most people find backwards. Children do not belong to the government. Parents are in the best position to make education decisions for their own kids and have the fundamental right to do so."

"The main problem is that the government school system is a one-size-fits-all disaster that will, by definition, never meet the needs of every individual family," he added. "Parents disagree about how they want their kids to be raised and educated – and that's OK. The problem is that special interests get to dictate how to raise other people's kids in the current system."

DeAngelis explained that the "only way out of this mess through freedom rather than force is to fund students directly and empower families to choose the education providers that best meet their needs and align with their values.

"At the same time, competition will give public schools an incentive to focus on the basics because most parents want their kids to get an education as opposed to indoctrination."

The district is represented by U.S. Democrat Rep. Andy Kim, who defeated Republican challenger Bob Healey in the midterm elections. Healey told FOX News Digital that Kim "is as radical as they come on issues involving our kids and our schools."

"He supports sex ed for kindergartners, biological males playing girls sports and thinks parents who attend school board meetings are ‘extremists’ for simply caring about what their kids are being taught in the classroom," Healey said.

Kim's office did not respond to a request for comment from FOX News Digital.

The Garden State does not have a school voucher program that would allow parents to use public funds designated for their children's education on tuition for another school. (iStock)

Three Lawrence Township school board members up for re-election — Pepper Evans, Michelle King and Amanda Santos — all won last week against challengers critical of the board and the district's curriculum.

"School choice is the only way to truly secure parental rights in education. New Jersey public schools were funded at over $24,000 per student in 2020," DeAngelis said, citing data from the U.S. Census Bureau. "That money should go directly to families so that they can find the education providers that best meet their children's needs."

Attendees of the Oct. 19 school board meeting also saw a Lawrence Township first-grade teacher wearing a "Columbus Was A Murderer" T-shirt. This came shortly after Columbus Day and despite New Jersey having a large Catholic population.

The Lawrence Township Board of Education did not respond to a request for comment from FOX News Digital.