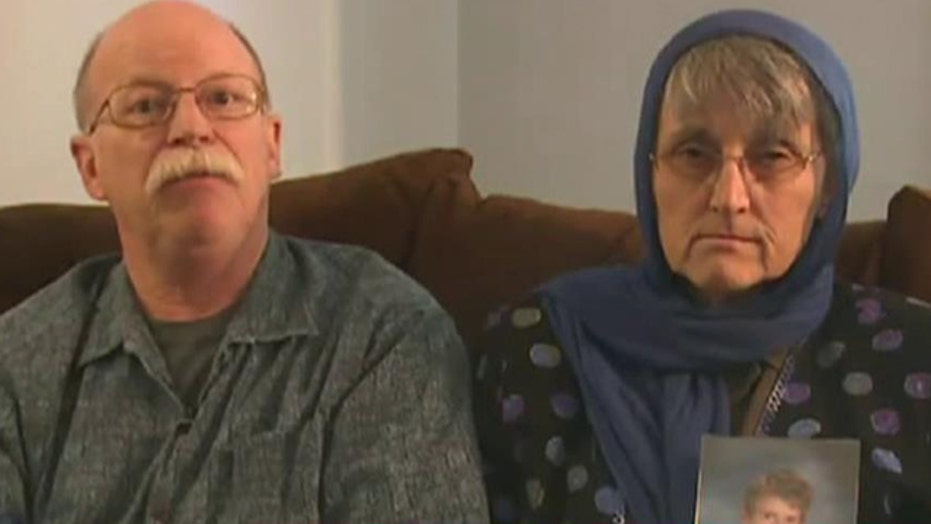 The parents of a former Army Ranger threatened with beheading by the Islamic State militant group released a letter written by their son earlier this year in which he said he was afraid to die, but was at peace with his conversion to Islam.

Ed and Paula Kassig said in a statement Sunday that they had been told by a former hostage that their son Peter had voluntarily converted to Islam sometime between October and December of last year when he shared a cell with a Syrian Muslim. They said that their son "took Islam's practices seriously, including praying the five daily prayers and taking on the name Abdul-Rahman."

The Kassigs also released a letter written by their 26-year-old son in which he thanked them for their strength and commitment and appeared to try to prepare them for his death.

"I am obviously pretty scared to die but the hardest part is not knowing, wondering, hoping, and wondering if I should even hope at all," Kassig said in the letter, according to his parents. "I am very sad that all this has happened and for what all of you back home are going through. If I do die, I figure that at least you and I can seek refuge and comfort in knowing that I went out as a result of trying to alleviate suffering and helping those in need."

Kassig was taken captive by the Islamic State group Oct. 1, 2013, in Syria, where he was providing aid for refugees fleeing that country's civil war.

The group said in a video after the beheading of British aid worker Alan Henning last week that Kassig would be next. The Kassigs pleaded for their son's freedom in a video statement released Saturday.

The letter continues: "In terms of my faith, I pray every day and I am not angry about my situation in that sense. I am in a dogmatically complicated situation here, but I am at peace with my belief."

The Kassigs say the complication appears to arise from his conversion but that they see this "as part our son's long spiritual journey."

According to the family, Kassig formed the aid organization Special Emergency Response and Assistance, or SERA, in Turkey to provide aid and assistance to Syrian refugees. He began delivering food and medical supplies to Syrian refugee camps in 2012 and is also a trained medical assistant who provided trauma care to injured Syrian civilians and helped train 150 civilians in providing medical aid.

In Saturday's video statement, Ed Kassig said his son had grown "to love and admire" the Syrian people, after growing up in an Indianapolis family with a long history of humanitarian work and teaching.

"Our son was living his life according to that same humanitarian call when he was taken captive," Ed, a teacher himself, said.

Kassig served in the Army from June 2006 and September 2007. He was a member of the 75th Ranger regiment and served four months in Iraq in 2007 before being medically discharged at the rank of private first class in September of that year.