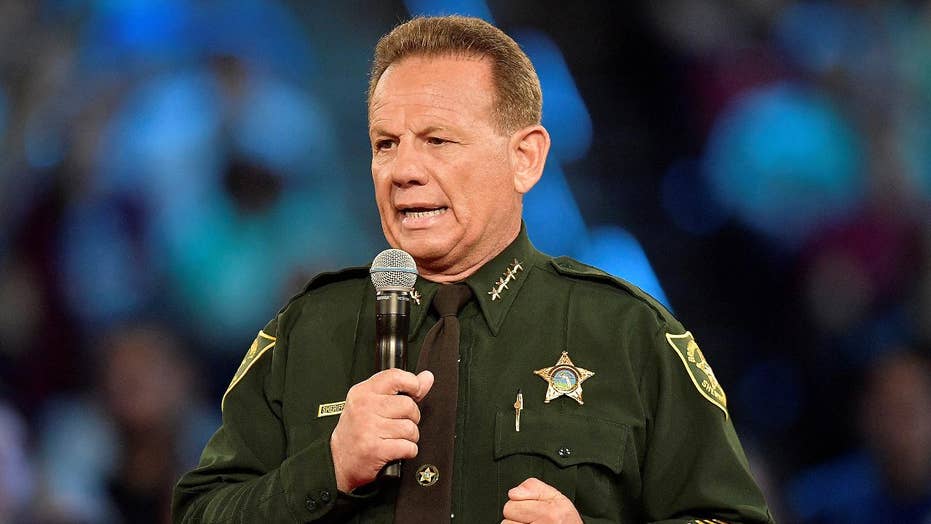 Broward County Sheriff Scott Israel discredited himself with his handling of the Parkland shooting, where he tried to vilify gun owners as a group while heaping credit on himself. Now he faces a no confidence vote from his own deputies. #Tucker

The department has repeatedly been criticized for blocking paramedics from entering the building while people were getting shot in the school. The criticism has prompted police departments to re-evaluate how they handle active-shooter situations.

Michael McNally, the deputy chief of Coral Springs-Parkland Fire Department, wrote in an incident report filed after the Feb. 14 shooting that he asked six times to send in a team of police officers and paramedics into the school, the Miami Herald reported. McNally wrote he asked Jan Jordan, the Broward County Sheriff's captain in charge of the scene, but she told him that “she would have to check.”

"The [BSO] incident commander advised me, 'she would have to check,'" McNally wrote in the report released Thursday by Coral Springs. “After several minutes, I requested once again the need to deploy [Rescue Task Force] elements into the scene to ... initiate treatment as soon as possible. Once again, the incident commander expressed that she 'would have to check before approving this request,’" the report stated. The school massacre left 17 people dead.

It was not immediately clear if any more lives could have been saved if paramedics entered the building. The Miami Herald noted it was important for gunshot victims to get immediate treatment due to bleeding out quickly.

A spokeswoman for the Broward County Sheriff’s Office told the Miami Herald on Thursday that medics were “only sent in after it has been confirmed the threat is mitigated.”

McNally wrote in his report that the sheriff’s office command post was “severely dysfunctional” and “communication was difficult.”

"The command post was inundated with too many people and made it impossible to establish and function," McNally wrote.

NIKOLAS CRUZ CELLPHONE VIDEOS RELEASED: ‘I’M GOING TO BE THE NEXT SCHOOL SHOOTER’

At least three other incident reports by the Coral Springs-Parkland Fire Department showed the sheriff’s office refused to send in health officials into the school.

The Broward County Sheriff’s Office and its head, Sheriff Scott Israel, have come under increased criticism following the school shooting. The office was accused of failing to act on reported warning signs, such as erratic behavior, on gunman Nikolas Cruz.

Surveillance footage taken at Stoneman Douglas the day of the incident shows Deputy Scot Peterson, the school's resource officer, never going into the building during the shooting and was heard on the radio telling other officers to "stay at least 500 feet away" from the building.

McNally and Jordan did not immediately comment on the report.