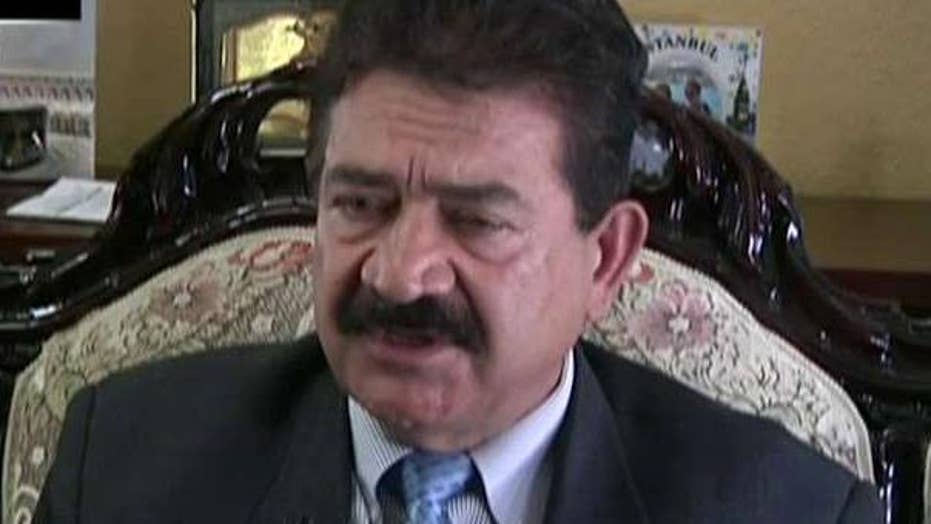 The pro-Taliban father of the Orlando terrorist who slaughtered 49 people in a gay nightclub released a video Monday hours after the massacre saying, “God will punish those involved in homosexuality.”

Seddique Mateen, the Afghan-born father of gunman Omar Mateen, previously had distanced himself from his son’s early Sunday attack inside a packed Pulse nightclub.

“I didn’t raise him that way,” Seddique told ABC News. “We gave him enough love and care and education that he knew better.”

But hours later, Seddique Mateen posted a video – which was not recorded in English – to his Facebook page condemning homosexuality, and saying it’s “not an issue that humans should deal with,” CBS News reported. The video has since been removed from his Facebook page.

He later told CBS that he wants to the world to know there is no excuse for what his son did.

"He doesn't have the right, nobody has the right to harm anything, anybody," Mateen told CBS News. "What a person's lifestyle is, is up to him. It's a free country. Everybody has their own choice to live the way they want to live."

The rapid turnaround is not unusual for Seddique, who frequently posts Internet videos, broadcasts an anti-Afghan government television show from California, and fancies himself the true president of his native country, The Washington Post reported. Seddique said he was the leader of the “transitional revolutionary government,” and claimed to have his own intelligence agency, The Post reported.

He also claimed ties to congressional leaders and posted photos on his Facebook page showing him standing in front of a State Department office in April.

Rangel said he was stopped in a hallway for a photo with Seddique, and Royce said his meeting with Seddique was brief as well, Buzzfeed reported. Rohrabacher told Buzzfeed he didn’t remember meeting Seddique but that it wouldn't surprise him because “I’ve been very active” on issues related to Afghanistan.

Seddique’s show is watched by some people in Afghanistan but is consumed mostly by Afghan natives living in America, CBS News reported, citing a senior Afghan intelligence source.

The show is known for “its anti-U.S. tirades,” a former Afghan official told the Associated Press.

In one of his videos posted to YouTube, Seddique praised the Taliban.

“Our brothers in Waziristan, our warrior brothers in [the] Taliban movement and national Afghan Taliban are rising up,” he said, The Post reported.

In a video posted to Facebook hours before his son attacked Pulse, Seddique -- wearing military fatigues -- ordered Afghan officials to imprison among others current President Ashraf Ghani, for whom he once campaigned in the U.S.