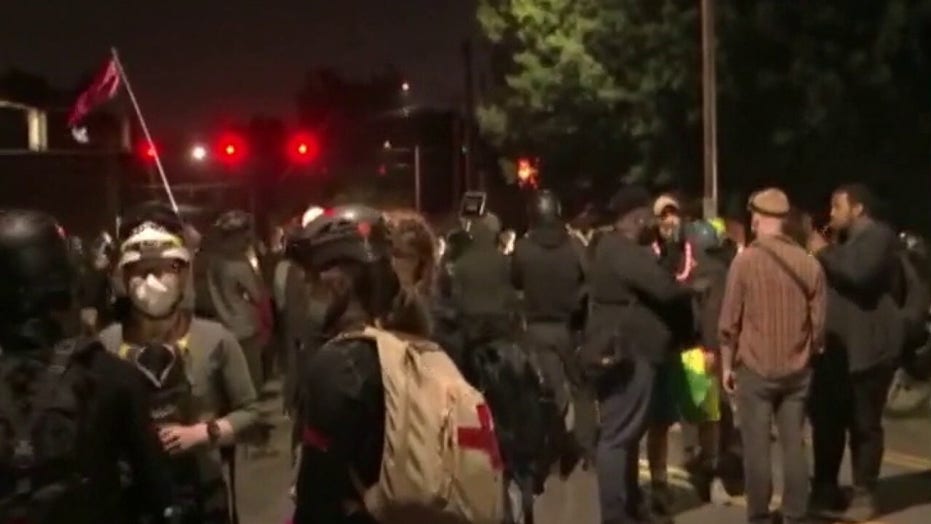 The Oregon State Police (OSP) will no longer be safeguarding the Mark O. Hatfield federal courthouse, located in downtown Portland, the site of frequent rioting, a police official announced Thursday.

“At this time we are inclined to move those resources back to counties where prosecution of criminal conduct is still a priority,” OSP Capt. Timothy Fox said.

The notification follows District Attorney Mike Schmidt’s announcement that a portion of the more than 500 misdemeanor and felony charges brought against protests since May 29, will be dropped.

The DA’s office noted that they do not have unlimited resources to handle the 74 straight nights of protests that accrued after the death of George Floyd, reported Oregon Public Broadcasting.

“The presumption on a lot of these cases that are listed out there is that we won’t prosecute,” Schmidt said Tuesday. “But if there are egregious circumstances or something about the case that stands out, we can always choose to prosecute.”

The state police were reportedly brought in at the end of July as an agreement between Gov. Kate Brown and Vice President Mike Pence, in an effort to get federal officers off of the streets and continue to protect the courthouse.

The OSP were only intended to be in Portland for a two week period.

Federal officers from U.S. Customs and Border Protection, the Federal Protective Service and U.S. Marshals were reportedly sent to Portland following President Trump’s executive order that called for the protection of statues and monuments as riots escalated across the country.

Though according to local reporting, the riots actually increased in size and ferocity following the dispatch of federal officers – suggesting they served to further provoke protestors.

Demonstrations have reduced in size following mid-July where thousands of demonstrators were reportedly gathering nightly, in downtown Portland.

“Getting Trump’s troops off the streets of downtown Portland has substantially calmed things down,” Brown said in a press conference earlier this week.

She also attributed the de-escalation of the protests to the fact the Oregon State Police were the ones manning the streets for the last few weeks.

“I think there’s absolutely no question that by having Oregonians there, it has made a substantial difference in what is happening in downtown Portland.”

Portland saw its deadliest month in 30 years during the month of July, with 15 homicides.