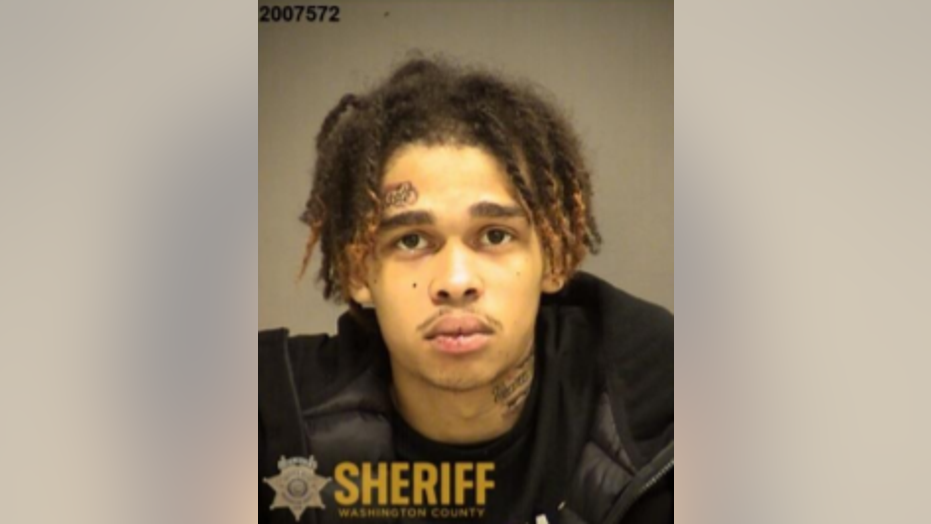 An Oregon man was arrested Tuesday after he allegedly tried to rob a cab driver at gunpoint before getting shot by his own firearm, investigators said.

Josiah Johnson, 18, was picked up by the cab driver in Gresham, Ore., and asked to be driven to Aloha, about 25 miles away. The driver asked the passenger to provide his phone as collateral due to the long drive, police said. When they arrived at the destination, the driver said Johnson tried to pay with a $100 bill, which he immediately recognized was fake, according to the police.

Johnson allegedly pulled a gun out and pointed it at the back of the cab driver’s head while yelling at the driver who wasn't able to understand him. The unidentified cabbie then saw an opportunity to grab the gun from Johnson, according to the Washington County Sheriff’s Office.

"A struggle occurred over the gun, and during the struggle, the gun discharged — striking Mr. Johnson," according to a media release by the Washington County Sheriff's Office. "The bullet entered Mr. Johnson’s left hip and exited out his left buttocks."

A struggle continued outside the vehicle, where the driver was able to throw the gun away and "yell for help," police said.

People living in a nearby home helped the driver by holding Johnson down until deputies arrived.

Doctors treated Johnson at a hospital for his injuries before he was booked into the Washington County jail. It's not clear who fired the weapon during the scuffle.

Johnson was charged with first-degree robbery, fourth-degree assault, unlawful use of a weapon, possession of a controlled substance, criminal possession of a forged instrument in the first degree and menacing, police said.