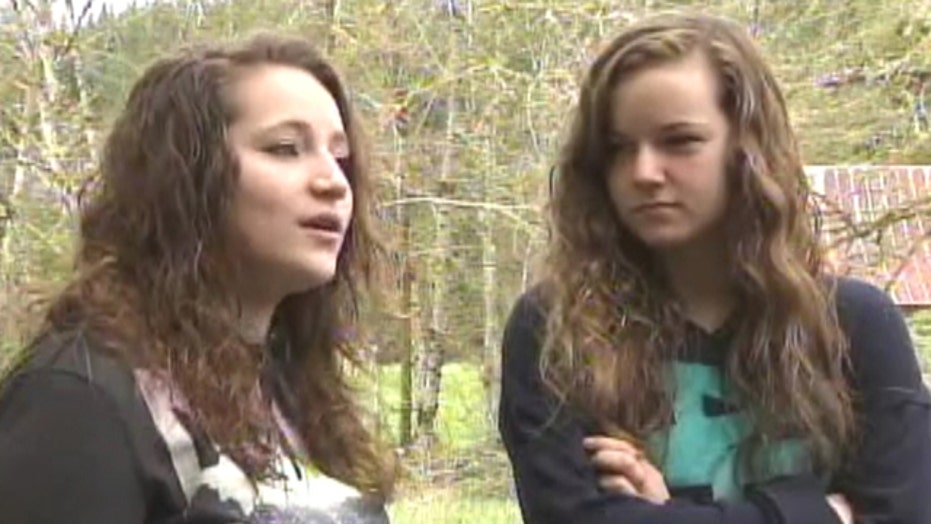 An Oregon man says his teenage daughters saved his life last weekend after they somehow lifted a 3,000-pound tractor off him after his boot slipped off the tractor's clutch and flipped.

Jeff Smith, who was tending his yard at the time, was pinned to the ground by the steering wheel. He could not breathe. He told The Democrat Herald, "I was losing more and more breath every time I screamed.

He grew more and more desperate. Smith said he pleaded to God with whatever air he still had left.

His two daughters, Hannah and Haylee, 16 and 14 respectively, had just come home from school in the town of Lebanon, which is northwest of Eugene. They were out walking the family's dog when they heard the cries. The teens ran to their father's side.

The teens say they called 911, but decided they couldn't wait for emergency crews. They each grabbed a side of the tractor and started lifting. They made headway around the seventh try.

"We just kind of braced ourselves on the tire and just lifted it up," Hannah said.

The girls were able to lift the tractor enough so Smith could wiggle out. His arm remained pinned. One of the teens raced to a neighbor's house and the neighbor was able to use his tractor to free his arm. Smith suffered a broken left wrist and some nerve damage to his arm.

"I don't know how I lifted it, it was just so heavy," Hannah said. "And I could feel it, I could just feel all the weight. But we just did it. We both did."

One fire official told The Democrat Herald that he's never seen a pair of girls lift a heavy piece of farming equipment off someone.