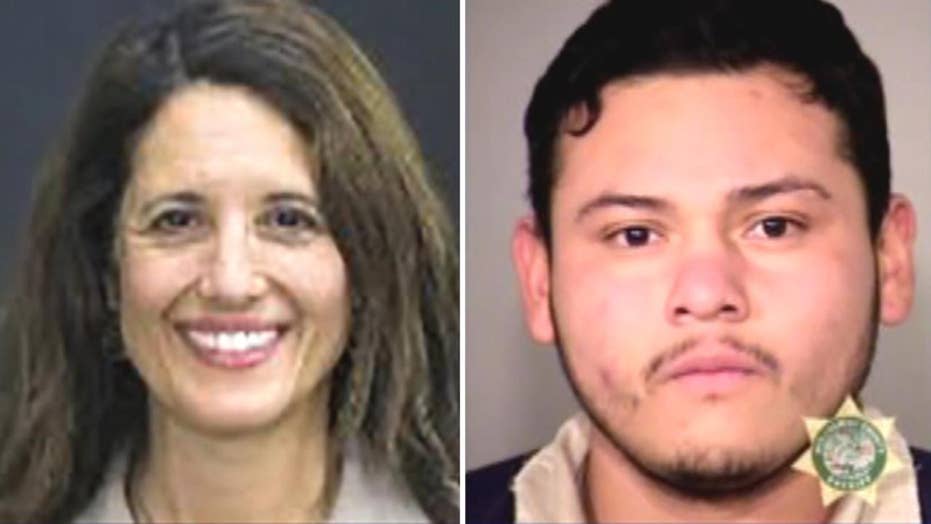 An Oregon judge is being investigated after she allegedly helped an illegal immigrant elude ICE agents in January by guiding the man through a private entrance at the courthouse.

Specific details about what happend inside the courtroom next is not clear. But Salazar reportedly somehow managed to leave the room using an employee exit.

"I prepped my client. I said, 'I don't know if they're going to pick you up outside or what, but here's how to prepare,'" John Schlosser, Salazar's court appointed lawyer, told a local paper. "After the court appearance, I went out in the hallway and sat. My client never came out. I can't say that I'm surprised he didn't come out, but I gave him his options, and assume he had to have been escorted out some other way."

Salazar was arrested two weeks after the incident.

ICE agents decided not to investigate Herranz, who is also on the board of directors of the Oregon Hispanic Bar Association, but Chief Judge Nan Waller is conducting an internal investigation.

Waller told Fox 12 Oregon she wants to figure out what happened before discussing the situation.

“When you’re talking about the judicial system – whether it’s federal or by state – you have an expectation that people are going to abide by the law and not take steps based on their own motivations, their own politics – whatever the motivation was.”