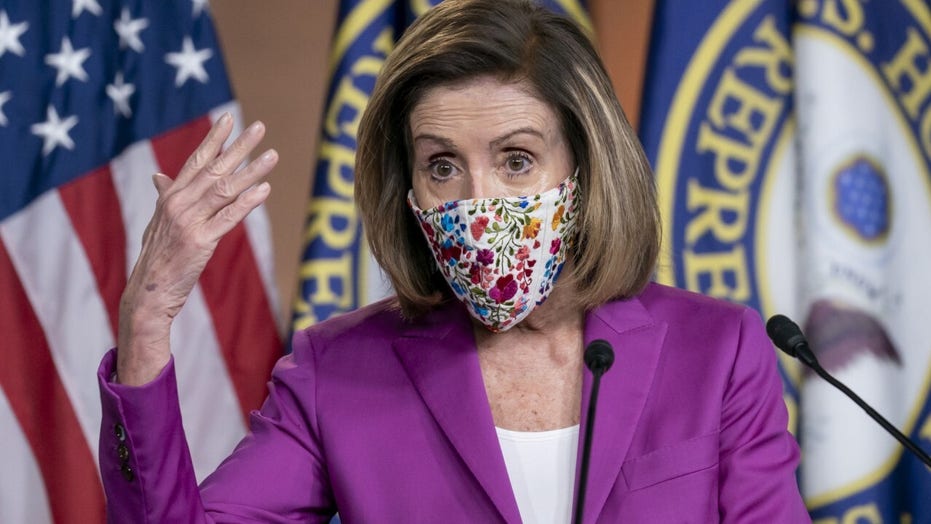 Democrats including Pelosi, Schumer call for the VP to invoke the 25th amendment

Sen. Jeff Merkley, D-Ore., said a laptop was stolen from his office during the raid of the Capitol that ensued on Tuesday when pro-Trump supporters stormed the building, upending a joint session of Congress to certify the results of the presidential election.

The Justice Department (DOJ) said Thursday during a briefing that "national security equities" may have been among the records stolen during the looting and destruction that stalled the congressional proceedings for more than six hours.

Merkley, in a video posted to Twitter Thursday, showed footage of his office in the Senate and the hallway that runs through the Capitol building, both of which were ransacked by the mob of rioters emboldened by President Trump's rhetoric to "fight" for the "stolen election."

MOMENT OF SILENCE FOR CAPITOL OFFICER, DEATH TO BE INVESTIGATED AS A HOMICIDE

The senator said his office door was left unlocked when he went to the Capitol for the vote, but "despite it being unlocked, the hooligans who attacked the Capitol smashed the door, virtually off its hinges."

The office was pillaged, with art torn from the wall, chairs and furniture out of place, and a Trump flag left "to mark their presence," Merkley said. Debris, including cigarette butts, were strewn all over the carpet, and it appeared someone had used a picture frame unhung from the wall as an ashtray.

"What happened today was an assault by the domestic terrorists who stormed the Capitol, but it was also an assault on our Constitution," Merkley said.

Rioters also tore through the office of House Speaker Nancy Pelosi, with one man, who has been identified as Richard Barnett, posing for pictures with his foot up on a staffer's desk.

Barnett, 60, from Arkansas, told news outlets he cut his thumb and bled on an envelope in the office, which he then proceeded to take with him on his way out of the Capitol building.

The siege of the nation's Capitol left five people dead, including one police officer, and dozens were seriously injured.