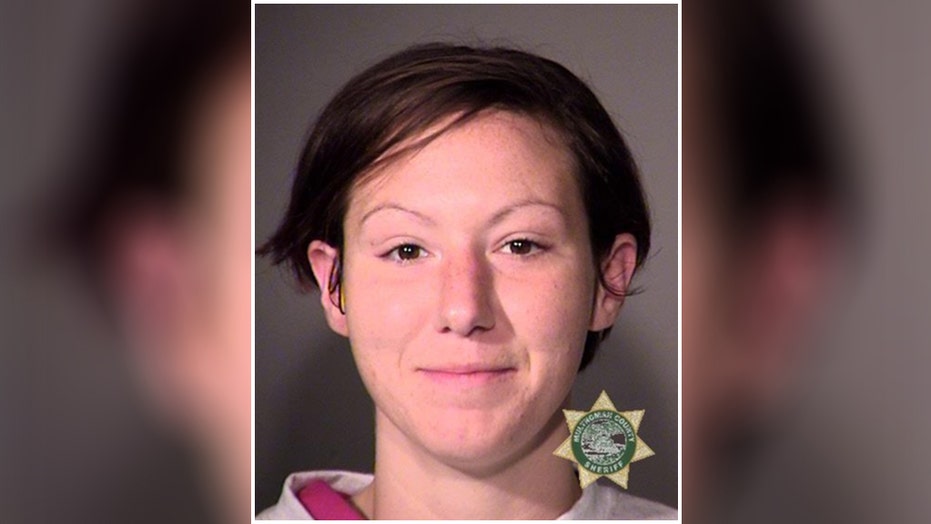 An Oregon panhandler was sentenced to 20 days in jail on Wednesday after wreaking havoc on five businesses in Portland because she said no one was giving her money.

Marlena Rochelle Neely, 30, told authorities she was homeless and had been asking people for $5. Neely said she would shatter a window every time they failed to give her money because she was tired of people not helping her out, the probable cause affidavit stated, according to The Oregonian.

Neely pleaded guilty to one count of first-degree criminal mischief and was ordered to pay about $10,500 in restitution, in addition to the jail time.

She was also sentenced to three years of probation and mental health, drug and alcohol treatment if deemed necessary.

OREGON MOM ACCUSED OF LURING BOY, 14, THROUGH SNAPCHAT, HAVING SEX WITH HIM

During her crime spree, Neely destroyed the windows of local businesses and residents in May, July and August of this year.

On July 10, Neely shattered the windows of numerous businesses in a three-block area of Northeast Grand Avenue and Holladay Street. They included the Citizen Baker cafe at Hotel Eastlund, Red Robin, the Inn at the Convention Center, Action Sport and Denny's restaurant, police said, The Oregonian reported. according to the outlet.

On May 3, police were called to the Palms Motel at 3801 N. Interstate Ave. They found that Neely threw a TV, a cable box and dresser drawers out the window of her motel room. She was ordered to pay $1,100 in damages, according to the outlet.

In the case on Aug. 29, police investigators said Neely used a rock to shatter the car window of a father who was driving with his daughter at Southeast 82nd Avenue and Washington Street. Neely told police she threw the rock because she thought the man had stuck his tongue out at her, although it's unclear if he actually did, according to The Oregonian.

She was ordered to pay $297 for the shattered car window.

As part of the plea agreement, her cases in May and August were dismissed.

Neely told jailers she was diagnosed with bipolar disorder, anxiety and post-traumatic stress disorder (PTSD) and hadn't been taking her medication. Even so, Neely added she's looking to find a home and regain custody of her three children. She has a 13-year-old son in California and two more sons, 7 and 8, living in the Oregon foster care system, according to the outlet.

Neely said she was also using marijuana on a daily basis and methamphetamine on a weekly basis. She told Multnomah County Circuit Judge Christopher Marshall she received treatment twice in the past decade but had relapsed.

Judge Marshall said Neely was released on Wednesday having been credited for 20 days served since the arrests. Neely told Marshall she was willing to stay in shelters until she finds a permanent home, according to The Oregonian.

“I want to be able to leave tonight, have a cigarette, drink a cup of coffee and live my life,” she told the outlet.