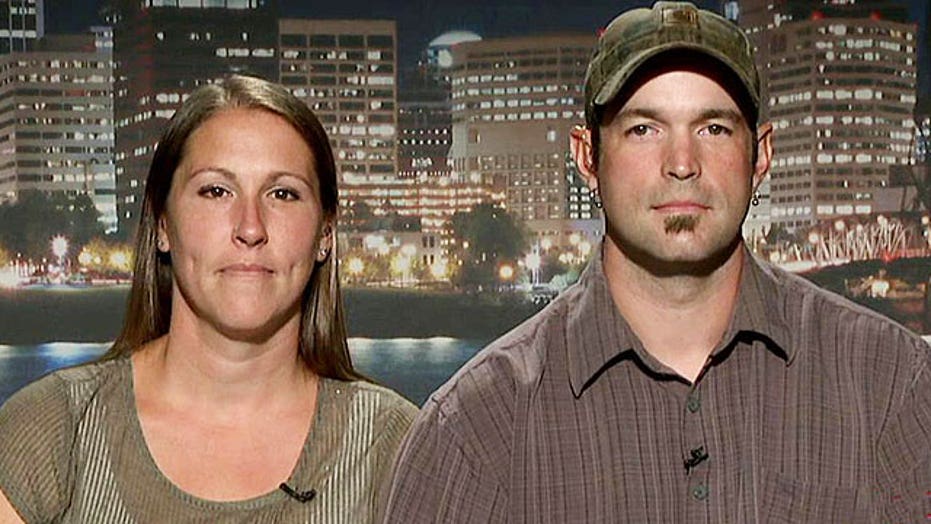 Bakery owners fined $135,000 for not baking cake for same-sex couple on 'Hannity'

The owners of an Oregon bakery who denied service to a same-sex couple have paid more than $135,000 in state-ordered damages – months after refusing to do so – according to state officials Monday.

Aaron Klein, co-owner of Sweet Cakes, by Melissa, dropped a check off for $136,927.07, according to the Bureau of Labor and Industries. The payment includes interest. Klein also paid $7,000 earlier this month.

Damages were award in July for emotional suffering caused by the bakery which refused to make a wedding cake for Laurel and Rachel Bowman-Cryer more than two years ago. The bakers said they refused to make the cake because of their religious beliefs.

The dispute goes back to January 2013 when Bowman-Cryer came into the shop with her mother for a cake-tasting appointment. However, Aaron Klein told the women that the bakery didn’t do cakes for same-sex weddings. The women filed complaints with the state and triggered a national debate over claims of religious beliefs against anti-discrimination laws.

Labor Commissioner Brad Avakian awarded the damages nearly six months ago, saying the owners had violated the women’s civil rights by discriminating on the basis of their sexual orientation. They were also slapped with a gag order that prohibited them from speaking publicly about their refusal to participate in or bake wedding cakes for same-sex marriages.

Aaron and his wife Melissa filed an appeal of the ruling and were defying the order to pay the damages before Monday. Tyler Smith, an attorney representing the Kleins, told The Oregonian that his clients have not abandoned their appeal of Avakian’s order. Smith said it was in their clients’ best interests to pay now rather than wait for the appeal date, which is slated for next year.

The Oregonian reported the state has received a total of $144,000 from the Kleins. Charlie Burr, an agency spokesman, told the paper the payment might be more than what they owe.

"We have been in touch with their lawyers throughout the process," Burr said. The amount might differ because of the accruing interest, according to the paper.

A 2007 Oregon law protects the rights of gays, lesbians, bisexual and transgender people in employment, housing and public accommodations. The state ruled it also bars private businesses from discriminating against potential customers.