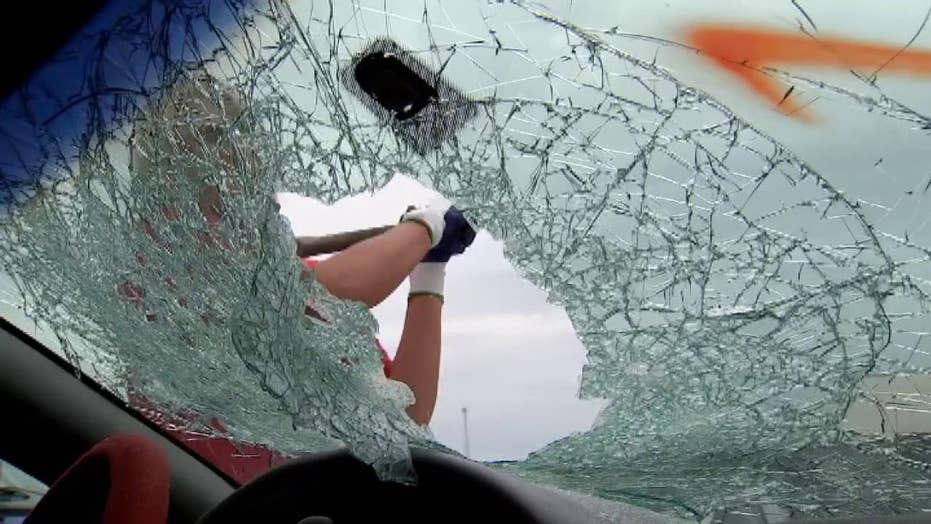 The boy was shopping for new school shoes with his mother when they heard the toddler crying.

Ben Theriot, the Good Samaritan, came to the rescue with a ratchet strap from his mother’s car.

“I started hitting the side window, didn’t bust, bent it pretty badly,” he said.

“I swung over my shoulder, hit it right in the center. And then I hit it a couple more times and then I climbed on the windshield,” Theriot added. “I stomped on it and then it cracked pretty badly again. Then, the lady went and grabbed that hanger thing and then I put the hook into the windshield and pulled it out. And then I unlocked it.”

Investigators found the mother shopping and issued her a $250 ticket.

Police have been looking into the mom’s story; she said it was an accident, claiming she thought another adult was watching the child.

Police then asked why the car was not running and also locked.

Tulsa police said the mother got the ticket under the “Forget Me Not” law.

She wasn’t arrested because the child was not seriously hurt, and therefore it was not a strong enough case for child neglect.