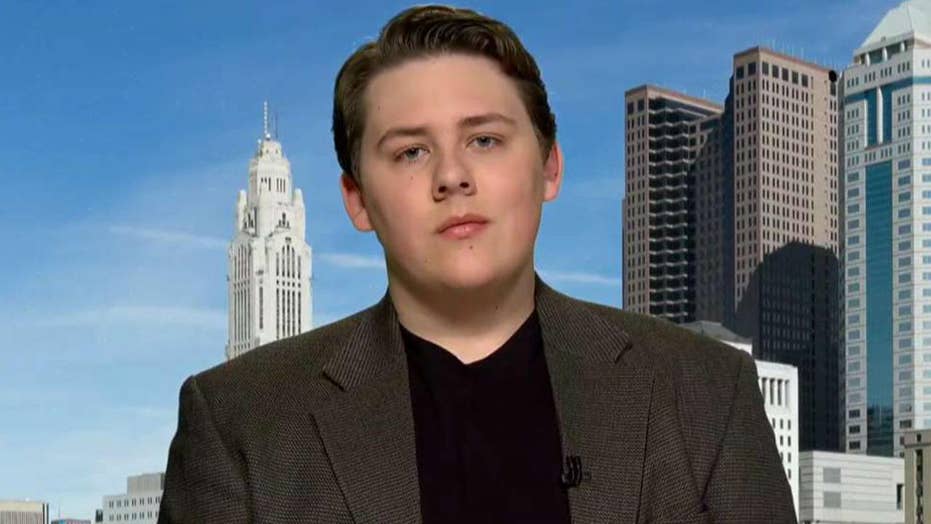 Student says he was suspended for protesting school walkout

Ohio high school student Jacob Shoemaker says he was suspended for staying in the classroom during the National Walkout Day.

An Ohio high school student said he tried to stay apolitical during the National Walkout Day over gun violence but was suspended for his choice to remain in a classroom instead of joining protests or the alternative, going to study hall.

Jacob Shoemaker, a senior at Hilliard Davidson High School, said he didn’t want to take sides in the gun-control debate consuming the country. If he went outside for the walkout, he said, he would be supporting gun control. If he stayed in the common area of the school, he said, he would be seen as supporting gun violence and disrespecting the 17 lives lost in the Parkland, Fla. High school shooting the month before.

Jacob had met with the school’s principal on Tuesday, a day before the rally, for about an hour to find out what exactly the walkout was supporting. But he said the principal reportedly told him it was for the “students to express themselves.”

This left Jacob wondering if it was a memorial for the lives lost or a show of support for gun control.

He decided, instead, to stay in class for about 20 minutes doing homework after his teacher and fellow classmates left and locked the door.

When they returned, he was slapped with a suspension.

An Ohio high school student was suspended for staying in the classroom during the National Walkout Day. (Jacob Shoemaker)

Jacob’s father, Scott Shoemaker, said his son was just trying to stay neutral – and did nothing wrong.

“Politics [doesn’t] belong in the school,” he said. “Students shouldn’t be pressured into taking a side.”

The story went viral after Jacob sent a photo of his out-of-school suspension citation to one of his friends, who posted it on social media.

The school, as well as the Shoemakers, have received death threats and hate messages.

Op-ed: Parents were misled about walkout

Thousands of students walk out for gun control and to honor Parkland victims. Julie Gunlock makes her case.

Scott Shoemaker said his son was just trying to be introspective – and he wasn’t acting out.

“He didn’t do anything to deserve this,” he said. “He didn’t ask for this.”

The district says it's responsible for students' safety and they can't be unsupervised.