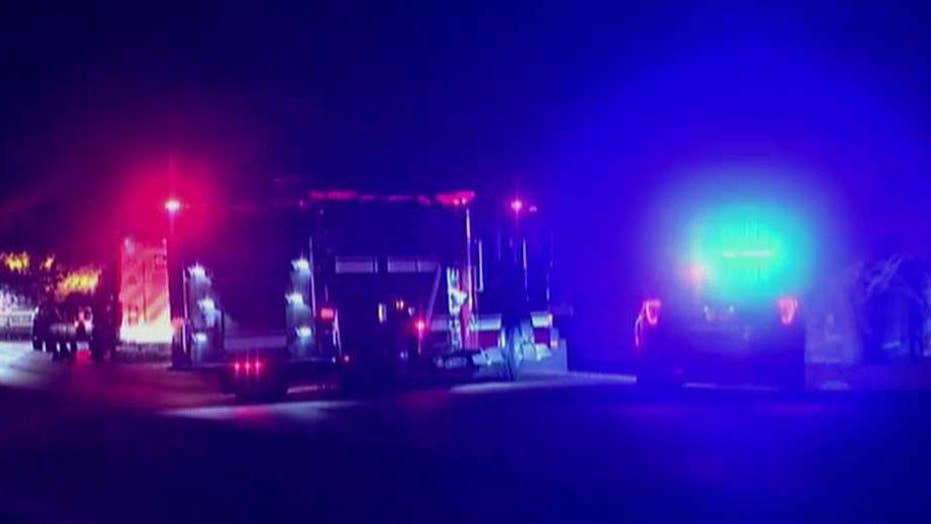 Ohio police officer killed, another injured in a standoff

Five officers have been killed in the line of duty this year.

The Ohio man who was taken into custody after an 11-hour standoff with police officers was identified as 23-year-old Wade Edward Winn. During the standoff, which ended Sunday morning and took place in Pierce Township, one police officer was killed and another was wounded.

"Deputy Brewer gave his life attempting to help a person who was admittedly suicidal. This will forever change the atmosphere of the Clermont County Sheriff’s Office,” said Sheriff Steve Leahy in a press release. Brewer is survived by his wife and 5-year-old son, authorities said.

The standoff began just before 7 p.m. on Saturday when police responded to a psychiatric call at the Royal Oak Apartment complex in Pierce Township, near Cincinnati, authorities said.

Detective Bill Brewer, left, was killed during an incident Sunday night while responding to a call in Pierce Township, Ohio. Lt. Nick DeRose, right, was wounded during the incident. (Clermont County Sheriff's Office)

The man who called 911 said that he believed someone was inside of his residence, explained that he was armed and eventually told the dispatcher that he was suicidal.

The deputies were hit by gunfire at approximately 10:30 p.m. as they tried to negotiate with the suspect.

One officer was taken to Mercy Hospital in Anderson where he died from his injuries, while the other was taken to UC Medical Center where he was said to be in stable condition, according to law enforcement officials.

Wade Edward Winn, 23, was taken into custody after barricading himself inside an apartment and shooting at police officers who tried to get him to surrender. (Clermont County Sheriff's Office)

According to a Fox 19 reporter who was on the scene, deputies kept trying to get the suspect to surrender. “I need you to come on out with your hands up,” a Cincinnati police SWAT team member could be heard saying to the suspect, according to Fox 19.

A fire could briefly be seen around 6:30 a.m., according to WLWT and posts on social media. One eyewitness told Fox 19 that the fire appeared to be under control within 30 minutes and that it's possible the suspect may have set his own apt/ammunition on fire.

Neighbors in the apartment complex either left or were told to stay inside during the standoff. They were allowed to return home after the suspect was taken into custody.

The Bureau of Criminal Investigations and Identifications responded to the scene to conduct the investigation and process the crime scene.