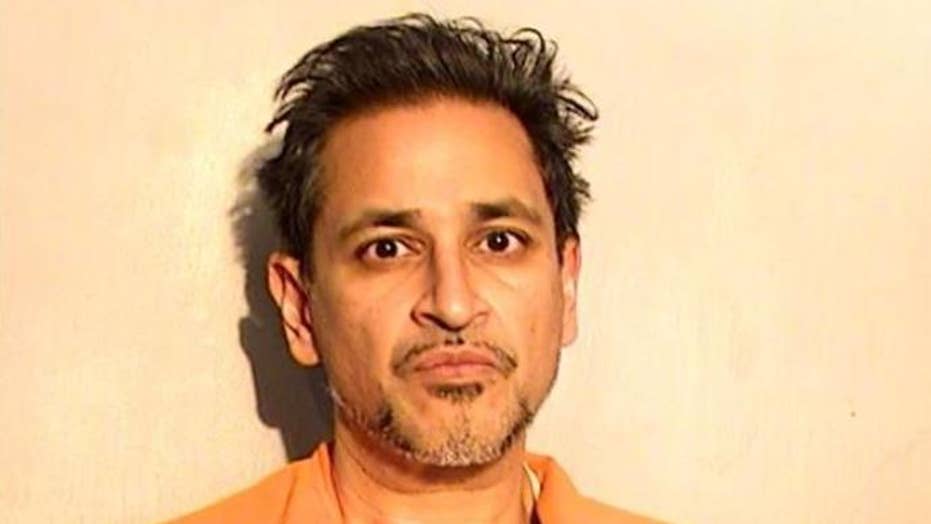 A plastic surgeon primarily based in Ohio was arrested Friday by the FBI for allegedly drugging multiple women to the point of unconsciousness and raping them on camera.

Dr. Manish Gupta, 49, is charged with illegally dispensing controlled substances, aggravated sexual abuse and sex trafficking, Toledo's WTVG reported. He was booked into Lucas County Corrections Center in Toledo Friday afternoon after a federal search warrant on his phone, residence, personal vehicle and two offices in Lucas County uncovered sex toys, camera equipment, SD cards and vials of Diazepam and Ketamine, which are controlled substances not used in his medical practice, according to WTVG.

While visiting Los Angeles in 2016 to attend a plastic surgery convention, Gupta allegedly arranged for sex with a high-end escort, drugged her to the point of unconsciousness and raped her, according to a court filing in the U.S. District Court in Toledo.

The woman did not file a police report at the time. She took an at-home drug test that showed she had signs of benzodiazepine, a type of medication known as a tranquilizer, in her system, Toledo's WTOL reported, citing the court filing. She later visited the Rape Treatment Center at the UCLA Medical Center, Santa Monica, where she had a rape kit exam performed, WTVG reported.

The woman researched Gupta in an online database used by sex workers to make others aware of possibly dangerous individuals, according to the filing. She said she found multiple other women had reported a man either matching Gupta’s name or description, claiming he drugged, raped and possibly recorded them without their consent, WTOL reported.

Gupta is a board-certified plastic surgeon and medical doctor licensed in both Ohio and Michigan. He owns Artisan Cosmetic Surgery, which has two offices in Ohio and one in Michigan, WTVG reported.

The FBI launched an investigation into the claims against Gupta in January 2019. The investigation revealed that in 2014, an employee working for Gupta found multiple SDs with videos showing the plastic surgeon performing sex acts on motionless women who appeared to be unconscious. In February of this year, the State of Ohio Medical Board received a complaint claiming Gupta had been drugging and raping women for years.