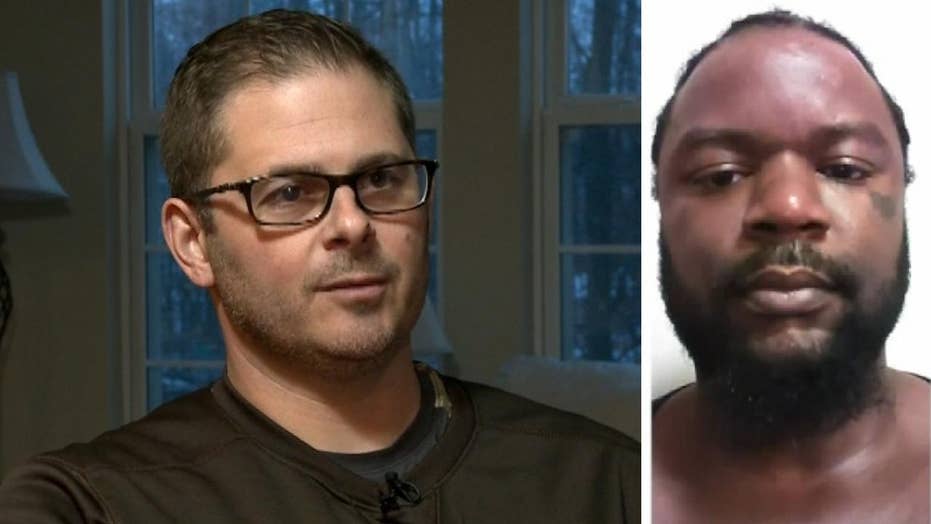 An Ohio man stunned a courtroom Tuesday after he reportedly sucker-punched his defense attorney just moments after he was sentenced to 47 years in prison.

The incident started after Chislton and his girlfriend got into an argument. He set fire to the building’s second floor which caused significant structural damage and displaced several families.

Moments after Russo sentenced Chislton in the Cuyahoga County Common Pleas courtroom, Chislton, who was handcuffed from the front, sucker-punched Aaron Brockler, who was standing to his left, Cleveland.com reported. The media outlet reported the two men fell to the ground and Chislton also bit the attorney’s leg before he was dragged away.

Brockler told FOX 8 Cleveland he was about to talk to Chislton before the blow was delivered.

"I went to go turn to tell him, 'I'll come and see you privately to discuss what your options are,' and before I could even get the words out, I just got sucker-punched right in the side of the head," Brockler told FOX 8 Cleveland.

Brockler said he suffered a broken nose and concussion. The lawyer said he was lucky that he wasn’t hurt more seriously.

"I'm lucky that he didn't get his hands around me and choke me out with the cuffs, or you know, he could've got to the judge. It's not a good situation to be cuffed in the front, in my opinion," Brockler said.

OHIO JUDGE TELLS POLICE 'I AM SO INTOXICATED' AFTER ARREST FOR SUSPECTED DRUNKEN DRIVING, VIDEO SHOWS

Russo told Cleveland.com she hoped Brockler made a full recovery.

“People don’t understand what we go through in this building on a daily basis,” she said.

A Cuyahoga County spokesperson told the station they were in the process of filing new charges against Chislton following the attack.