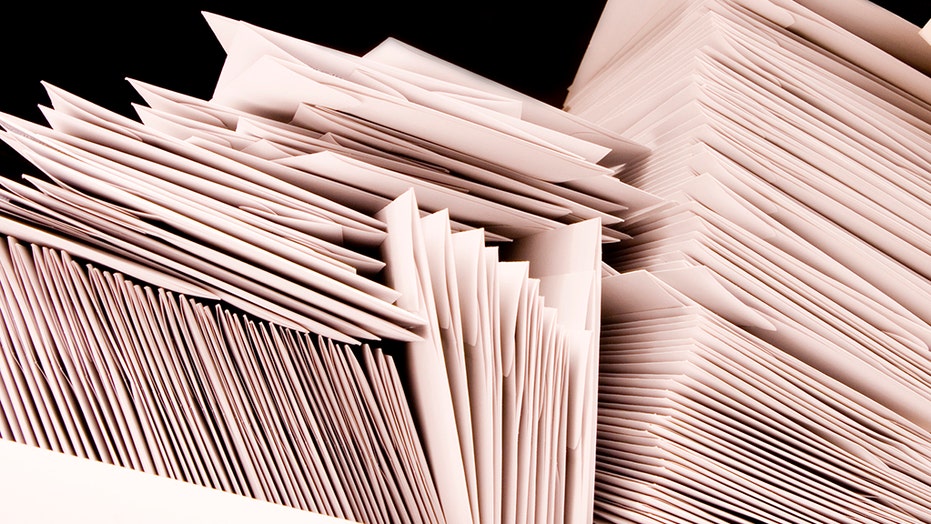 An Ohio man is pondering what to do with the 55,000 duplicate statements addressed to his home by a student loan company.

Dan Cain said he was suspicious when a postal worker in Twinsburg, Ohio, told him recently that his mail wouldn't fit through the front door of the post office. When Cain drove his truck around to the back of the building, he found a postal worker wheeling out two large bins of letters, WOIO-TV reported.

It turned out that there was a total of 79 bins of the letters, and it took Cain two trips to deliver them to the garage of his family's home in the city roughly 25 miles southeast of Cleveland.

Officials from College Ave Student Loans said in an email Monday that it apologized for the error in its mailing system and was putting corrective measures in place to prevent it from happening in the future.

“We are working with Dan directly on a remedy, including picking up the mail from him if possible and a statement credit for the inconvenience,” the company's chief operating officer, Tim Staley, said.

“I just hope it doesn't happen again,” Cain said. “I might just have to return to sender.”

The duplicate statements were for a loan Cain and his wife had taken out for college tuition, Cain said. He also indicated that the statement was wrong and believed the company used the wrong interest rate to calculate the payment.

College Ave Student Loans said in the email Monday that there wasn't an error in the calculation.

“The rate matches what was disclosed when the loan was originated,” Staley said, adding they also were working with Cain to resolve his questions regarding the interest rate.