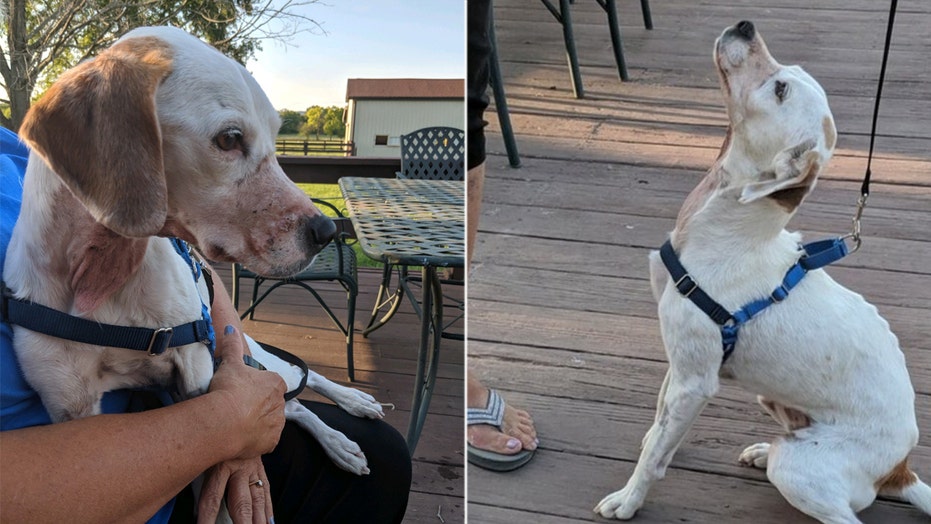 EDITOR'S NOTE: New details have emerged in this case. Original story below:

Ohio authorities were investigating after a dog was discovered injured — with her throat cut and her nose and mouth duct-taped — on the side of the road earlier this month.

The dog, named Dani, was spotted Aug. 17 wounded in Middletown, a city roughly 25 miles southwest of Dayton, and rushed to a hospital, the Butler County Sheriff's Office said.

“A gentleman was coming home from work in Middletown and she darted out into the road and he pulled over and was able to get to her," Shari Wyenandt, with HART Rescue in Cincinnati, told WXIX-TV. "She had her muzzle taped and she was bleeding from the neck."

The dog was rushed to a veterinarian's office, where a microchip was discovered inside the dog. Records indicate Dani was adopted in 2011 and the rescue is investigating, officials said.

"This is appalling, words cannot describe the disgust I'm feeling right now," Sheriff Richard Jones said in a news release. "We will work diligently to find who did this and seek justice."

As of Saturday, Dani was doing well, according to photos Jones tweeted. He added: "I love animals and take these cases very serious."

Anyone with information regarding the dog or who her owner is, is urged to contact the Butler County Deputy Dog Warden at 513-887-7297.