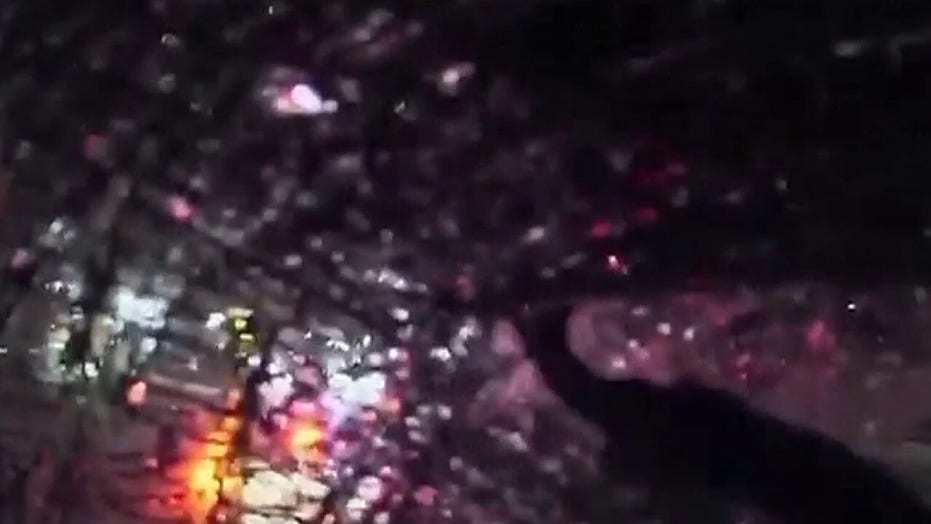 A West Jordan Police Department dashcamera captures video of a minivan slamming into a street sign and sending it flying into an officer’s patrol car.

Police in Utah have shared a dramatic dashcam video that shows a median traffic sign and pole piercing the windshield of an officer's patrol car .

The West Jordan officer narrowly escaped injury.  Authorities are now asking for the public's help in finding the driver of the van that struck the heavy metal sign Tuesday night, launching it into the air.

Police said the driver did not stop at the scene, instead continuing southbound on Redwood Road.  At the time of the accident, the officer was stopped at a red light.

West Jordan Police Officer Brett Madsen told ABC4 News the blow from the sign and pole "could have possibly been fatal."

"As you watch the video, you see just how violent that was," he said.

Investigators are asking anyone who has seen a maroon or red Chrysler Town & Country van with damage to the left front to contact dispatch at (801) 840-4000.

If found, the driver could be charged with hit and run, according to police.