Timothy Matson, a Pittsburgh SWAT officer, was among those injured during Saturday's mass shooting at the Tree of Life synagogue. (Pittsburgh Police Facebook)

The four officers who were shot and wounded when a gunman entered a Pittsburgh synagogue this weekend and killed 11 people were identified Tuesday by the city’s Public Safety Department.

“These officers, and countless others, acted heroically in running towards gunfire to save citizens and their fellow officers, as did many others from Pittsburgh Public Safety and neighboring law enforcement agencies,” Togneri said.

Timothy Matson, a SWAT officer, was among the injured. He remains hospitalized with “multiple gunshot wounds.”

WPXI reported that Matson was shot seven times, and his helmet may have saved his life.

A GoFundMe page was set up by his brother “to help cover his routine bills” and medical expenses.

Daniel Mead, who joined the department in 2007, also remained in the hospital, where he was beating treated for a gunshot wound to the hand, the Pittsburgh Post-Gazette reported.

Anthony Burke, also shot in the hand, and Michael Smidga, who is recovering from a shrapnel wound to the head, were both released from the hospital. The joined the force in 2015 and 2016, respectively, according to the newspaper. 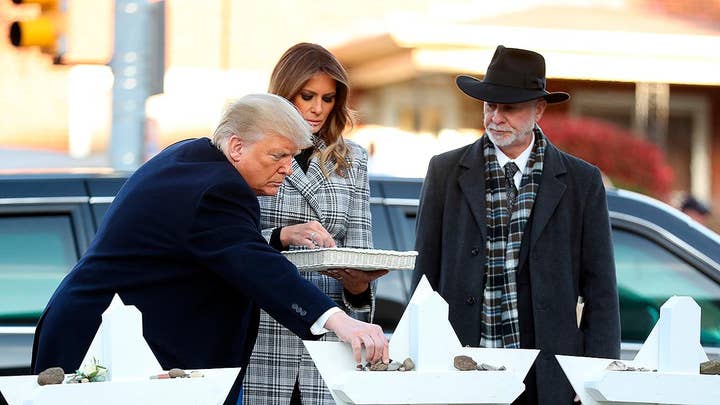 President Trump met with the four injured officers Tuesday while on a visit to Pittsburgh to pay tribute to the shooting victims.

A state affidavit showed that two of the officers were injured during an initial confrontation with the suspect; the others two were hurt after entering the building and exchanging fire with the gunman.

Togneri said two other officers were injured but not struck during the shooting.

John Persin suffered “hearing concerns/issues” but was released from the hospital. Tyler Pashel was also released after being treated for a knee injury.

Bowers was charged with 11 state counts of criminal homicide, six of aggravated assault and 13 of ethnic intimidation in connection with the attack. He also faces 29 federal counts, including obstructing the free exercise of religious beliefs resulting in death, and using a firearm to commit murder.