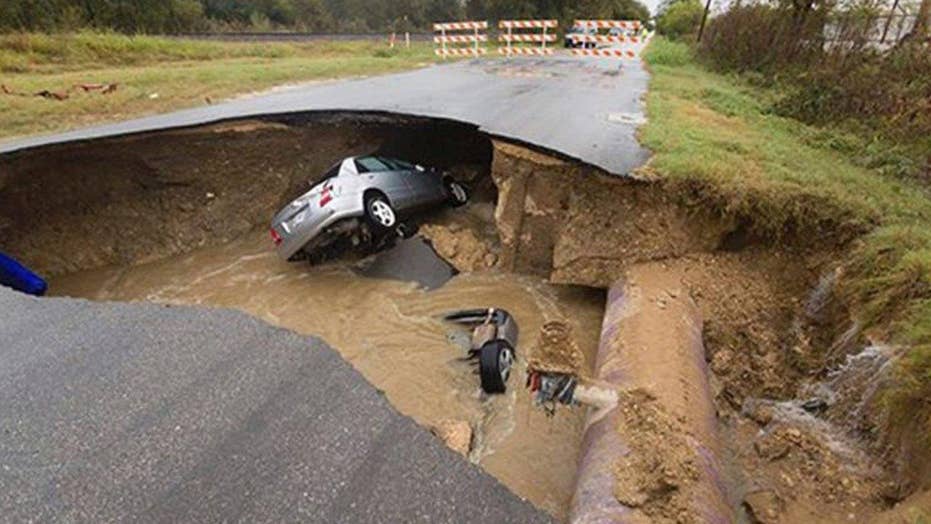 Victim was trapped under 12 feet of water

An off-duty sheriff’s deputy died and two other people were injured when two vehicles plunged into a water-filled sinkhole in San Antonio on Sunday, authorities said.

The Bexar County Sheriff’s Office said Monday that the victim was 69-year-old Deputy Dora Linda Nishihara, who was a courthouse bailiff. Fox San Antonio reported that Nishihara worked as a reserve deputy from August 2009 to October 2016.

"My heart and prayers go out to the family involved in this tragedy," Mayor Ivy Taylor said in a statement. "The fire department, TCI and SAWS have been working to secure the scene of the sinkhole and will remain there until all repairs have been made."

A crane was used to retrieve her personal car from water about 12-feet deep. Nishihara’s body was found inside the submerged vehicle.

Authorities said two passers-by rescued a driver after another vehicle that went into the sinkhole. That driver and one his rescuers were treated for minor injuries.