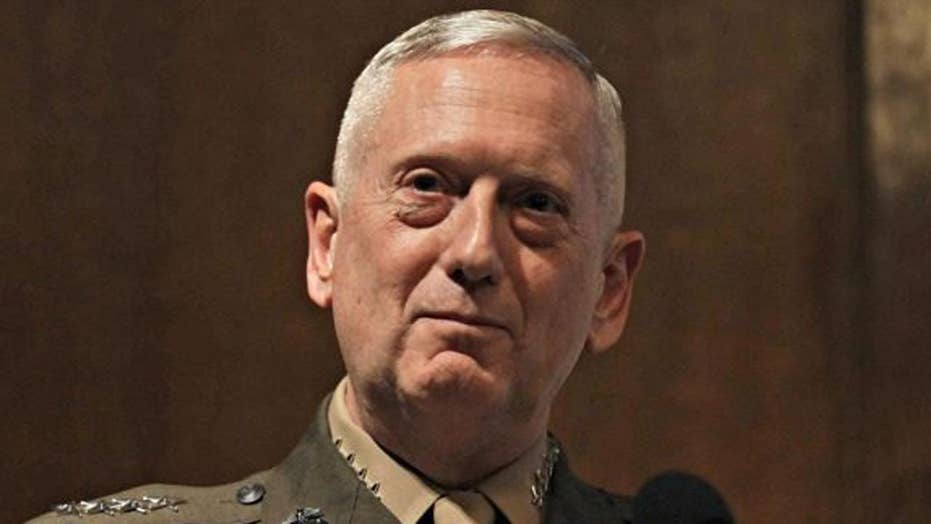 WASHINGTON – A pre-emptive military strike may be among the "pretty severe things" President Donald Trump says he is considering for North Korea, but it's a step so fraught with risk that it ranks as among the unlikeliest options.

Even a so-called surgical strike aimed at the North's partially hidden nuclear and missile force is unlikely to destroy the arsenal or stop its leader, Kim Jong Un, from swiftly retaliating with long-range artillery that could kill stunning numbers in South Korea within minutes.

An all-out conflict could then ensue. And while Trump's Pentagon chief, Jim Mattis, says the U.S. would prevail, he believes it would be "a catastrophic war."

In Poland on Thursday, Trump said the time has arrived to confront North Korea.

"I don't like to talk about what I have planned, but I have some pretty severe things that we're thinking about," the president said. "That doesn't mean we're going to do them."

Trump didn't mention which "severe" options he is weighing following North Korea's July 4 test-launch of an intercontinental ballistic missile. The administration has been reviewing its overall North Korea policy for months, having declared earlier attempts at "strategic patience" with the North to have failed. The administration has spoken about starving North Korea of cash for its nuclear program and getting other countries to add diplomatic and economic pressure.

But Trump and his aides have not have ruled out the possibility of war with an adversary that is openly defying U.N. Security Council resolutions and threatening the United States.

"It's a shame that they're behaving this way," Trump said, "but they are behaving in a very, very dangerous manner and something will have to be done about it."

Trump was referring to North Korea's test-launch Tuesday of an unarmed ballistic missile that for the first time demonstrated the range needed to reach U.S. soil. The ICBM was launched on a lofted trajectory so that it fell short of Japan. U.S. analysts calculated that if it is launched on a standard attack trajectory, the missile could reach Alaska. With further testing, they say, North Korea will achieve even longer ranges.

The missile launch created a new reality for the U.S. and its South Korean and Japanese allies, which already are in range of the North's missiles. With a population of more than 20 million, Seoul is in easy range of North Korea's massive array of artillery guns north of the Demilitarized Zone that forms a buffer between North and South. Japan could also be a target. Beyond the nuclear threat, the North also is believed to have chemical and biological weapons.

The U.S. has about 28,000 troops in South Korea, and Gen. Joseph Dunford, chairman of the Joint Chiefs of Staff, says about 300,000 U.S. citizens are in Seoul alone. Dunford predicted in June 12 that war casualties would be heavy — "and many of those casualties will be in the first three, five, seven days of the war where all those people in the greater Seoul area (are) exposed to the North Korean threat that we will not be able to mitigate initially."

Mattis told a House committee last month that if it came to a fight, the U.S. and its allies would prevail, but at a cost that is difficult to imagine.

"It will be a war more serious in terms of human suffering than anything we've seen since 1953," he said, referring to the final year of the Korean War. Then, U.S. forces siding with South Korea fought North Korea to a stalemate. It was an era when the North had no nuclear or chemical weapons.

Trump has said he will not allow North Korea to achieve what it calls its ultimate objective: a nuclear-armed missile capable of reaching the United States. Although the North has now shown it can reach U.S. soil, it probably isn't capable yet of arming such a missile with a nuclear warhead. If allowed to stay on its current course, analysts say, the North probably will reach its goal within a few years.

In an impromptu encounter at the Pentagon on Thursday, Mattis told reporters that this week's missile launch didn't threaten the U.S. He said it doesn't change the administration's determination to pursue diplomacy to resolve the nuclear threat, but he suggested North Korea might eventually push too hard.

"Any effort by North Korea to start a war would lead to severe consequences" for that country, he said.

Mattis said the North's intercontinental missile capability doesn't "in itself bring us closer to war."

Trump, he said, has been clear "we are leading with diplomatic and economic efforts."

As of Thursday there were no outward signs of U.S. moves to put more air, ground or naval forces in South Korea.

Bruce Bennett, a North Korea expert at the Rand Corp., a federally funded think tank, said a fully effective U.S.-led bombing campaign would require precise intelligence about the locations of the North's nuclear and missile storage and launch sites, a number of which are dug into mountainsides.

In the meantime, the North would certainly respond with its large and well-armed military, he said.

"North Korea has been very clear that if you (attacked) even one of those facilities, they are going to significantly escalate in response," Bennett said. "They have threatened to turn Seoul into a sea of fire."