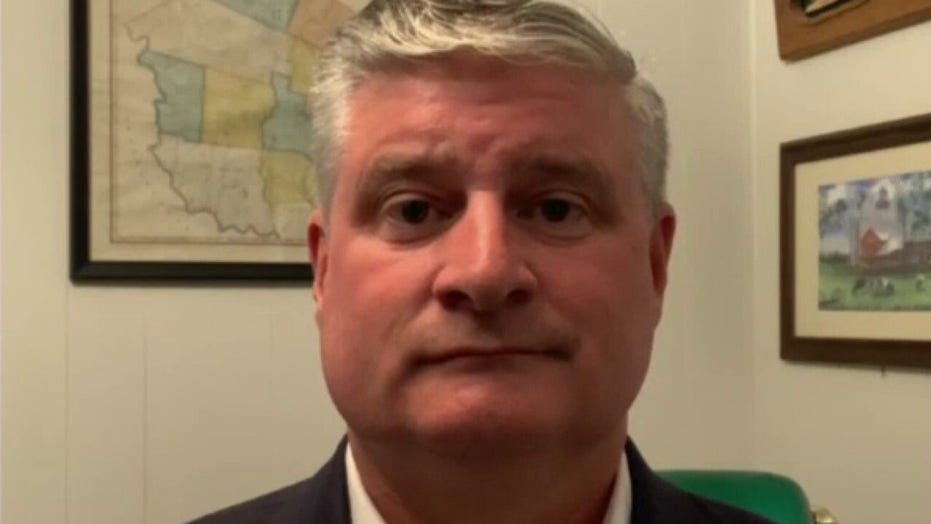 The president of a union representing New York State troopers is calling for members to be pulled from any posts in New York City, citing concerns about police legislation slated to be signed by Mayor Bill de Blasio on Wednesday afternoon.

Roughly 200 troopers are assigned to roles in New York City. A spokesperson for the State Police declined to comment.

The legislation, which was scheduled to be signed by de Blasio during a 2:30 p.m. event, “puts an undue burden upon our Troopers,” Mungeer wrote. “It opens them up to criminal and civil liability for restraining a person during a lawful arrest in a manner that is consistent with their training and is legal throughout the rest of the State. Furthermore, this legislation will prevent Troopers from safely and effectively arresting resistant subjects.”

Administrative Code section 10-18, makes it a misdemeanor crime for an arresting officer to restrain someone “in a manner that restricts the flow of air or blood by compressing the windpipe or the carotid arteries on each side of the neck, or sitting, kneeling, or standing on the chest or back in a manner that compresses the diaphragm, in the course of effecting or attempting to effect an arrest," according to the bill.

Some members of the New York Police Department, including NYPD Chief of Department Terence Monahan, have also taken issue particularly with the second portion of the bill, which references the placing of pressure on an individual’s chest or back.

“Anyone who has ever arrested anybody who has fought and struggled knows that there is a good chance that your knee may end up on someone’s back,” Monahan said earlier this month, according to NY1.  “It’s a big issue to our cops.”

In his statement, Mungeer argued that NYC-based troopers are left “with few other options” but to pull out unless the New York State attorney general chooses to step in and remove State Police from being included in the legislation, which was passed by New York City Council in June.

“These techniques are commonly used by many law enforcement agencies statewide and nationwide when officers are faced with violently combative subjects,” Mungeer continued. “I find it extremely troubling that these acts are now defined as criminal in nature, even if they were unintentional and no injury was sustained by the subject.”

Troopers are deployed throughout the state and are largely tasked with overseeing law enforcement in the majority of New York outside the Big Apple and other big cities. But New York Gov. Andrew Cuomo can also deploy troopers to the city when he deems their assistance is needed.

Spokespersons for de Blasio and Cuomo did not immediately respond to Fox News' requests for comment.