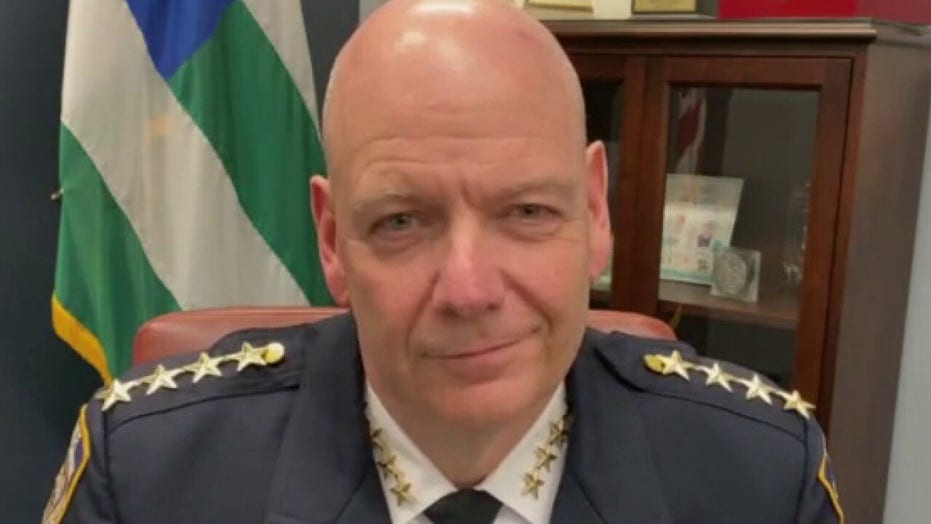 NYPD chief of department on attack by anti-police activists

The person believed to have injured three New York City police officers with a cane during a violent clash on the Brooklyn Bridge has been arrested, authorities said Thursday.

Chanice Reyes, 24, of Morris Plains, N.J., was taken into custody Thursday near City Hall in Manhattan after officers smelled marijuana coming from her car, the New York Post reported.

Police said Reyes was the cane-wielding attacker caught on video that left officers injured as they were trying to make an arrest on the iconic bridge during a protest Wednesday morning.

In an interview with WNYW-TV, NYPD Chief of Department Terrence Monahan, who was also attacked, gave his account of what happened to Fox News.

"So we went to make an arrest. As we were arresting him, he grabbed on to a railing by the walkway and a struggle begins. The fighting starts," Monahan told "Your World" host Neil Cavuto. "That's when the individual comes up with the cane and hits my lieutenant in the head, cuts him open. Hits my sergeant in the head, causing him to get eight staples in his head."

"I'm feeling fine. You know, I've got a few bruises here and there. Luckily, the fingers weren't broken, just jammed a bit. So I'm doing OK," Monahan said. "I'm doing a lot better than my sergeant and the lieutenant that was attacked."

In a video that went viral, a person with a cane is seen striking several officers on a road below as chaos erupts between officers and protesters.

Reyes was brought to the department's 5th Precinct where she denied being involved in the attack.

“I didn’t attack nobody,” she said, according to the Post.

The NYPD did not immediately respond to messages from Fox News.

Reyes was taken to a hospital for a preliminary psychiatric exam, the Post reported. She is charged with two counts of assaulting a police officer.