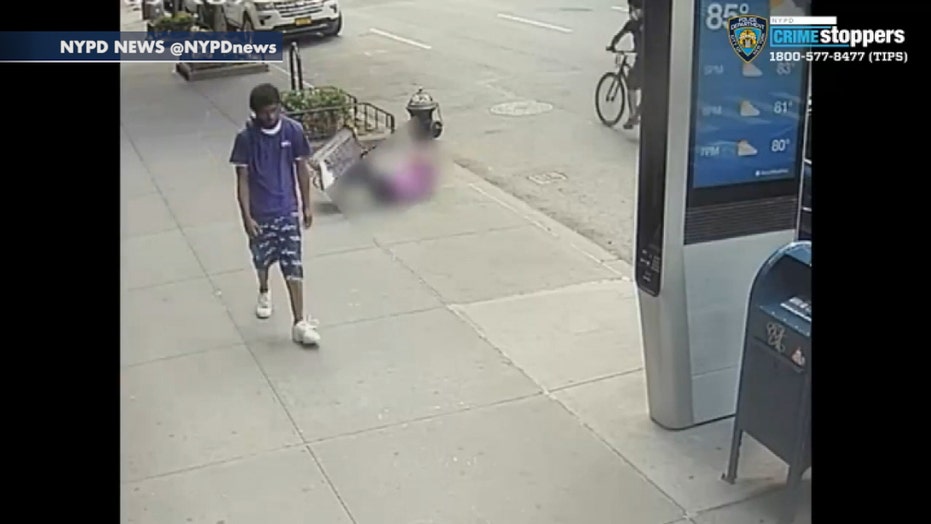 Raw video: Surveillance camera captures person push a 92-year-old woman to the ground causing her to hit her head on a fire hydrant in Manhattan.

New York City police say they have arrested a suspect seen on video shoving a 92-year-old woman in what appears to be a random attack.

Footage of the incident, which happened Friday afternoon in Manhattan, begins with the woman traveling in one direction on a sidewalk with the assistance of a pushcart, while the suspect -- identified by local media as 31-year-old Rashid Brimmage -- heads her way.

When the suspect passes the woman, he appears to strike her face with his left hand – causing her to fall. The suspect, meanwhile, continues walking in the direction he was heading and turns around to look at the woman lying on the ground as he leaves the frame of the video.

The woman, who is 92 years old, was later taken to a local hospital in stable condition, according to Fox 5 NY. She reportedly hit her head on a nearby fire hydrant when she fell.

Police announced Tuesday afternoon that the suspect has been taken into custody.