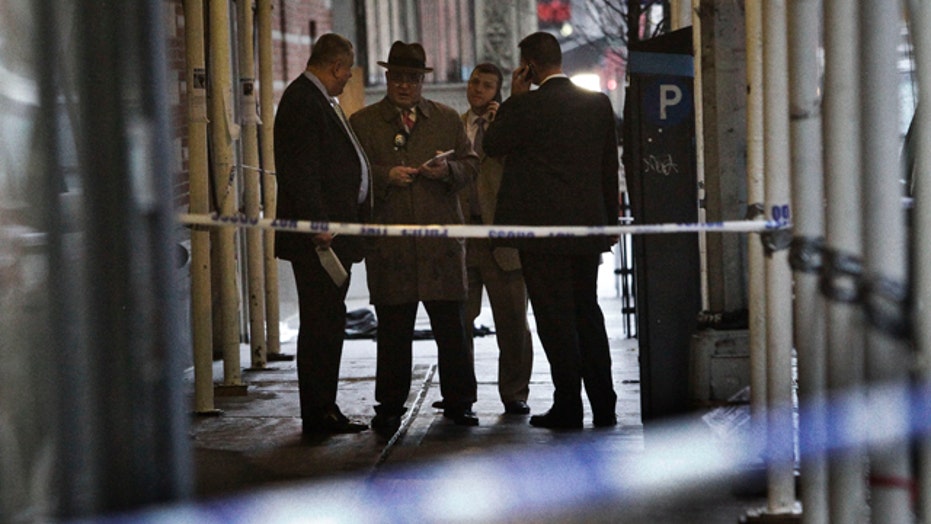 New York City police are looking for a suspect after a man was reportedly shot in the head in Midtown Manhattan and later died.

A 31-year-old man was walking near Columbus Circle on 58th Street and Broadway when a gunman shot him and fled, Deputy Commissioner Paul Browne said, according to MyFoxNY.com.

Woodward was being treated at Roosevelt Hospital but later died, the New York Fire Department said.

It's believed that the shooter and the getaway driver may have been in the neighborhood for some time. They escaped in a light grey or silver Lincoln sedan.

None of the 38 boys studying at the school witnessed the shooting because they were at a church rehearsing, said Allie Roma, a receptionist at the Saint Thomas Choir School.

"We didn't hear the gunshots, but we saw the flashing lights," Roma said by telephone.

Roma said to her it appeared the man had been shot in the face.

Witness Jose Villafane, working security across the street from the school, said he didn't notice anything until he heard what sounded like a firecracker or a car backfiring. Villafane, of Brooklyn, said he then saw the wounded man on the ground with blood on his face.

Another man, an onlooker, banged on the door of a nearby fire station, seeking help. A woman who ran down the street appeared to get into the ambulance with the victim, Villafane said.