A 7-year-old was shot in New York City on Monday following a bloody weekend that saw 29 people wounded from gunfire.

The girl was standing near an intersection in Brooklyn just after 3 p.m. with her 28-year-old mother when they heard gunshots, the New York Police Department told Fox News. The pair fled to their apartment for safety, the NYPD said.

Around 2.5 hours later, the girl began complaining of minor pain. 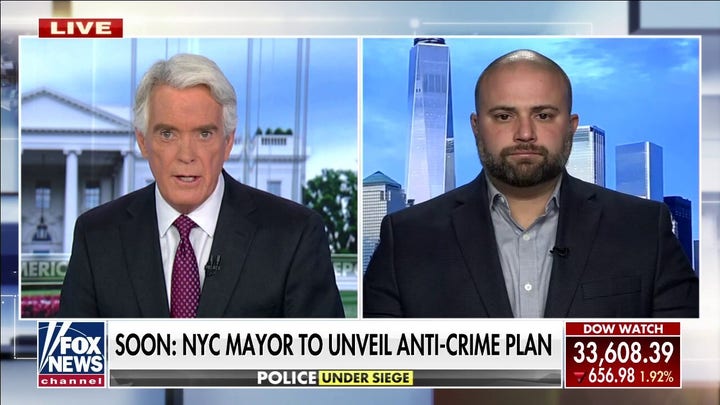 "The mother discovered that the child actually sustained a graze wound to the left side of her abdomen," an NYPD spokesperson said.

The mother called 911 and the child was taken to a hospital in stable condition. No arrests have been made.

Hours earlier, the NYPD announced the number of shooting victims last week, 43, nearly doubled the figures from the same time frame in 2021. Monday's shooting came after a violent weekend in which 29 people were shot.

Citywide, 86 people have been killed through Sunday, down from 88 last year. Overall, crime is up 45%, according to police data.

In its first six days since being activated, the NYPD's newest unit, the Neighborhood Safety Teams, made 3 arrests and took 10 illegal guns off the street, officials and Monday. The unit is tasked with combating gun violence and is slated to grow into several more teams throughout the five boroughs.

"Our courageous and dedicated NYPD officers are doing exactly what we asked them to do right out of the gate," Police Commissioner Keechant Sewell said in a Monday press conference. "They're going after and finding the relatively small number of criminals in our city who are responsible for the vast amount of violence in this city."