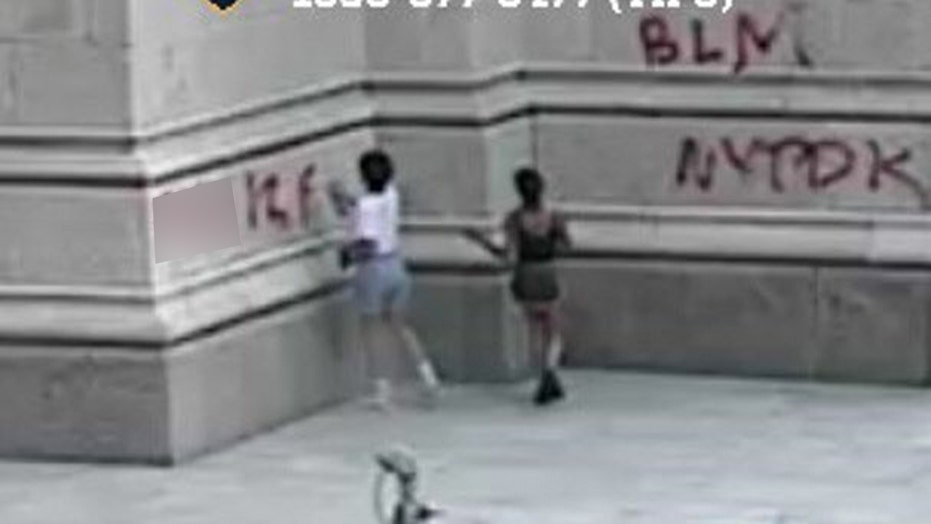 But his arraignment Saturday afternoon never took place at the discretion of prosecutors in the office of Manhattan District Attorney Cy Vance, according to the paper.

The NYPD says the cathedral in midtown Manhattan was vandalized by two women on May 30 with cans of spray paint. Police say they marked up a corner of the famous house of worship with expletives and slogans.

Rosas was accused of being their wheelman, according to the paper. Police had charged him with criminal mischief in the third degree and making graffiti.

The two women are still being sought.

"We are continuing to investigate this incident," Emily Tuttle, a Vance spokeswoman told Fox News Sunday.